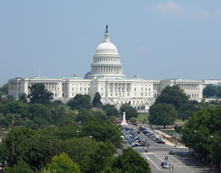 Allegations of sexual assault against Judge Brett Kavanaugh have created controversy throughout Congress.

Jackson Lee’s office fired the former intern on Wednesday before his arrest and is cooperating with the investigation.

Cosko worked as an unpaid intern for Jackson Lee’s office in Washington, D.C. for 38 days.

The former intern also worked as a legislative correspondent/systems administrator for Sen. Maggie Hassan (D-N.H.) until May 2018.

Prior to working for Hassan, Cosko worked for retired Sen. Barbara Boxer, a Democrat from California.

According to reports, someone added Senate Majority Leader Mitch McConnell’s home address in Kentucky and Washington, D.C. to his Wikipedia page.

On Sept. 28, the day after testimony from Kavanaugh and Christine Blasey Ford, the lady accusing Kavanaugh of sexual assault in high school in the early 1980s, someone posted the cell and home phone numbers, home addresses and email addresses of Republican Sens. Lindsey Graham (S.C.), Orrin Hatch (Utah) and Mike Lee (Utah) to their respective Wikipedia pages.

Reportedly, Cosko appeared yesterday in U.S. District Court for the District of Columbia.

Jackson Lee has spoken against Kavanaugh after allegations surfaced of sexual assault during his high school and college days.

Yesterday, the FBI released its findings from the investigation into whether Kavanaugh sexually assaulted several women during the 1980s.

However, many Democratic senators thought that the investigation did not go deep enough and did not interview enough witnesses to come up with enough information.

Democrats also criticized the length and the scope of the FBI investigation.

The GOP has also said that the sexual assault allegations were just attempts to slow down the confirmation process, in hopes of delaying the vote until after the midterm elections.

Many critics of Kavanaugh blasted the judge’s partisan rhetoric at last week’s hearing in which he blamed Democrats and the Clintons for the allegations.

Some said that Kavanaugh’s anger at the hearing showed that he does not have the judicial temperament to sit on the highest court in the land.

All 100 Senators will get a chance to read the FBI report.

A procedural vote into the Kavanaugh investigation is expected today with a final up and down vote expected Saturday.

Privacy laws prevent the FBI findings from getting released to the public.

“I can’t outline the details of background investigation,” Shah explained.

However, Shah did say that nothing discovered during the FBI investigation would disqualify Kavanaugh from serving on the United States Supreme Court, which is a lifetime appointment.

Six people confirmed that the FBI interviewed them including accuser Deborah Ramirez, Kavanaugh’s friend Mark Judge, Ford’s friend Leland Keyser who was allegedly present at the party where the alleged assault occurred, P.J. Smyth who Ford also said was present at the alleged party, Tim Gaudette, Kavanaugh’s high school classmate who hosted a party in 1982 in which many of the same people who Ford said were present at a party in which the alleged assault occurred also attended and Chris Garnett, a classmate of Kavanaugh’s who allegedly attended Gaudette’s 1982 party.

Regardless of the outcome of the Kavanaugh vote, the controversy might help the Republicans gain votes during the midterm elections.

Prior to the Kavanaugh hearings, many believed that the Democrats had a more energized base going into the midterm elections.

Now many political pundits believe that conservatives will become more energized because many believe that Kavanaugh has received unfair treatment from liberals and the media.

Three months ago, 78 percent of Democrats said that the midterm elections were important compared with 68 percent of Republicans.

A poll conducted by Quinnipiac University showed that a 14-point lead Democrats had in generic battles with Republicans has dwindled to a seven-point lead.

Generic polls often ask participants if they will vote for a random Democrat or Republican in an upcoming election.

“The numbers suggest the big blue wave may have lost some of its momentum as House races tighten,” said Tim Malloy, assistant director of the Q poll.

Nevertheless, political pundits warn Republicans not to think that this momentum will last until next month because after the Kavanaugh vote the intensity might lighten up.

Only 29 percent of American women support the Kavanaugh nomination.

President Trump has confidence that the Kavanaugh hearings have created an advantage for Republicans.

On Wednesday, Trump tweeted, “Wow, such enthusiasm and energy for Judge Brett Kavanaugh. Look at the Energy, look at the Polls. Something very big is happening. He is a fine man and great intellect. The country is with him all the way.”

A day later Trump doubled down saying, “The harsh and unfair treatment of Judge Brett Kavanaugh is having an incredible upward impact on voters. The PEOPLE get it far better than the politicians. Most importantly, this great life cannot be ruined by mean & despicable Democrats and totally uncorroborated allegations!”