Paying Respect to all Victims of 2015 Terrorist Attacks 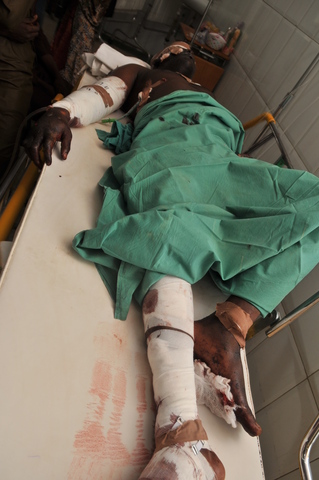 
Everyone is Under Attack

While the world, justifiably, united in outrage after the Paris terrorist attacks, which killed at least 129 people, on Nov. 13, RegalMag.com would be remiss if we did not shed light on other 2015 terrorist attacks.

What started out as a display of compassion for the victims in Paris, with inclusion of the French flag on Facebook profile pictures, turned into a bitter dispute about the lack of coverage of terrorist attacks in Africa and the Middle East and the ignorant argument that African-Americans cannot love themselves or their people and still love other races of people.

While mainstream media is definitely to blame for the lack of coverage of African terrorist attacks, let’s not forget who the real enemy is.

The real enemy is not the media.

The real enemy is not those in the African-American community showing love for all mankind regardless of continent or color.

The real enemy is not the Islamic religion.

The real enemies are those evil individuals who kill innocent people regardless of gender, religion, race or nationality.

RegalMag.com intends to shed light on those underreported 2015 terrorist attacks, but most importantly we want to spread love and unity within our community and throughout the entire world.

Like France, Nigeria experienced devastating terrorist attacks within the past seven days.

According to USA Today, “At least 15 were killed and more than 100 wounded Wednesday in the northern town of Kano after two suicide bombers blew themselves up outside a busy market.  Those attacks came less than a day after 34 people were killed and 80 wounded in an explosion at a market in the northeastern city of Yola late Tuesday.”

2015 terrorist attacks also devastated the country of Kenya in April.

According to CNN.com, “A total of 147 people were killed (in April), according to the official Twitter account of Kenya’s National Disaster Operation Centre and Kenyan media reports.  The agency also said 79 people were injured and 587 people were evacuated.  Four gunmen were killed, officials said.  The Somalia-based Al-Shabaab militant group claimed responsibility for the assault.”

Furthermore, ForeignPolicy.com lists other 2015 terrorist attacks that did not get the same attention as the attacks in Paris.

In Yemen on March 20, the Islamic State was responsible for killing 137 people.

Early February (4-5) saw the killing of at least 91 people in Cameroon.

In Syria, the Islamic State killed a minimum of 154 people.

The Islamic State hit Iraq twice with terrorist attacks killing 120 on July 17 and at least 76 on Aug. 13.

It is also likely that Boko Haram is responsible for the deaths of at least 80 people in Nigeria on Sept. 20.

The African nation of Egypt experienced mass carnage on Oct. 31 after the Islamic State killed 224 people.