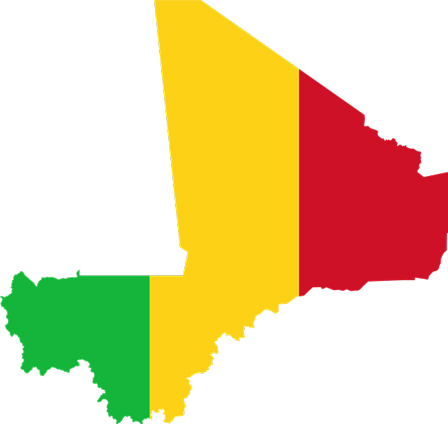 The West African country of Mali is trying to establish peace despite recent terrorist attacks and ethnic fighting.

One United Nations (U.N.) peacekeeper died in the West African country of Mali on April 15 after militants disguised as U.N. peacekeepers exploded two car bombs and fired dozens of rockets at the French and U.N. bases in the city of Timbuktu.

“MINUSMA confirms a significant complex attack on its camp in Timbuktu mortars, exchange of fire, vehicle suicide bomb attack,” the mission tweeted. “One blue helmet was killed in the exchange of fire.”

Over the last year, Mali (a former French colonized territory) has experienced a plethora of terrorist attacks allegedly by Islamic jihadist.

After the attacks on Sunday, Canadian Prime Minister Justin Trudeau agreed to help the French keep the peace in their former territory by sending Canadian peacekeepers to Mali.

“Canada made the decision to participate in MINUSMA with the addition of helicopters and support personnel,” French President Emmanuel Macron said. “And as you know today we are very, very connected to MINUSMA and I think this is a very important gesture that has been made by Canada, and we very much appreciate it.”

Trudeau and Canada will send six helicopters to the U.N. base in Gao, Mali.

Many trace the increase in jihadist violence to the movement of the Tuareg, an ethnic group in Mali who wanted to carve out their own sovereign and independent space within the country.

The Islamic terrorists seized on this movement and hijacked the Tuareg movement, which led to numerous terrorist attacks.

The Tuareg are an ethnic group of more than 500,000 people that have controlled the trade routes within the Sahara Desert in the northern portions of Mali for over 2,000 years.

Unfortunately for the Tuareg, they never enjoyed much political power in Mali and were fighting for their independence.

“Before 100 years, the Tuareg controlled their areas, before colonial period,” said Bilal Ag Acherif. “And they are the masters of their countries. But the situation changed totally. This is why there is always revolutions and resistance. So, I think today, I will hope in 100 years, we will never have a Tuareg who is thinking again as the second class in their countries.”

In 2013, French soldiers came to Mali to push back the Islamic fighters and 4,000 French troops still remain in Mali.

The Malian government and separatist groups signed a peace deal in 2015, but that agreement failed to quell the violence in the country.

Since 2013, 162 foreigners deployed in Mali have died as a result of terrorist attacks, which makes the Mali movement the most deadly peacekeeping operation in history.

Nevertheless, witnesses say that no other attack has matched the sophistication of the recent attack on French and U.N. bases.

In a statement, the Malian government said, “Terrorists wearing blue helmets aboard two cars laden with explosives, including one in the colors of the Malian army and another with ‘UN’ written in it, attempted to infiltrate these camps. The situation is now under control.”

Despite having the current situation under control, well-armed jihadist groups are seen as the biggest threat to security across Africa’s Sahel region.

Meanwhile, ethnic violence in central Mali has many fleeing to nearby countries like Burkina Faso to seek refuge in the country’s crisis zone.

The fighting is between the Peul and Gogon communities in the Mopti region of Mali.

However, with over 3,000 Malians fleeing to Burkina Faso since February, Burkina Faso’s resources have stretched thin.

The United Nations stated that Burkina Faso has limited food and medical supplies for the fleeing Malians.

“We think that the influx of new asylum-seekers might aggravate the situation,” said Marlies Cardoen, the UNHCR (United Nations High Commissioner for Refugees) spokesperson.

The lack of food in Burkina Faso is also because of limited rain, which left almost a million people in need of food.

And like Mali, Burkina Faso is also experiencing terrorist violence.

Homegrown Islamic terrorist groups are responsible for much of the violence in Burkina Faso.

Many of the refugees are staying with family and friends in their adopted new country. But the government wants all refugees in a centralized location to make the process run smoother.

“We want them to come to Ouahigouya (the nearest town) or the refugee camp where we can register them all and give them food aid,” Cardoen explained.

While 3,000 refugees is not a huge number on a national scale, it could be overwhelming if the majority of the refugees settled in the same few communities.

“It is worrying, especially if it’s on the level of one community or a few villages,” added Cardoen.

To make matters worse, there are virtually no employment opportunities for the Malian adults, and parents fear sending their children to local schools out of concern for more violence.

With the new refugees from Mali, there are currently approximately 24,000 Malians who have moved to Burkina Faso since 2012 to escape ethnic violence in their home country.

Despite the recent turmoil, Mali has a history of riches and royalty before the sub Saharan slave trade and French colonization.

West Africa’s biggest empire of all time was the Mali Empire, which stretched from the coast of the Atlantic Ocean to the central Sahara desert.

King Sundiata founded the Mali Empire in the year 1235 and the empire existed until the early 1600s.

The Mali Empire’s most revered leader was Mansa Musa who is still considered one of the richest men to ever walk the face of the Earth.

When Mansa Musa traveled to Mecca for his Muslim pilgrimage, he gave away so much gold that he caused an economic inflation that lasted a decade.

The Mali Empire consisted of several small kingdoms, which all pledged their allegiance to the king.

All imports and exports were highly taxed and all gold nuggets belonged to the king.

Education, especially in Timbuktu, was important in Mali during the days of the Mali Empire.

The University of Sankore produced many great astronomers, engineers and scholars, even after the fall of the Mali Empire.

Many blame French colonization for the declining prestige of the University of Sankore.

And many more blame French colonization and the slave trade for the decline of a once great empire.