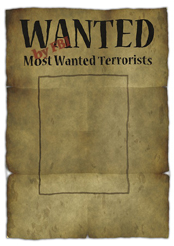 The Anti-Defamation League (ADL) reported that most domestic acts of terrorism in 2017 were carried out by far-right extremists including White supremacists.

Most Domestic Terrorist Killings Committed By White Supremacists in 2017

While President Donald Trump and his administration place much emphasis on international terrorists, many terroristic acts committed on American soil actually happen at the hands of domestic terrorists.

Furthermore, White supremacists and those on the far right carried out most domestic acts of terrorism in 2017.

“Extremism in any form is an issue,” said Jonathan Greenblatt, CEO of the Anti-Defamation League. “Foreign born, politically minded extremism or racially focused extremism. What the data tells us in the past 10-plus years it is far right-wing extremism, White supremacists and their ilk that are responsible for more extremist-related murders than any other group.”

The ADL began tracking extremist violence in 1970 and 2017 goes down as the fifth deadliest year on record.

With those facts coming out a day after Homeland Security Secretary Kirstjen Nielson spoke to the United States Senate Judiciary Committee about threats to the country, many wonder why Nielson did not mention the threat posed by White supremacists.

Senator Kamala Harris (D-Calif.) tweeted, “It is deeply troubling that when talking about threats to our nation, Secretary Nielson failed to mention a report that talks about some of the most rampant terror attacks that face our nation—domestic acts of terror including White supremacist extremists.”

Nevertheless, extremist killings declined in 2017 from the previous year.

In 2016, Omar Mateen, a self-described Islamic terrorist, murdered 49 partygoers at the Pulse nightclub in Orlando, Fla. The ADL reported 69 total killings by extremists in 2016.

The ADL also reported that multiple groups carried out extremist killings in 2017, not just White supremacists.

“Extremists from a variety of different movements were involved in murders in 2017, including Islamic extremists, Black nationalists, as well as members of the alt-right,” the ADL reported.

Nine of the 34 killings occurred at the hands of Islamic terrorists, the report added.

Unfortunately, a new trend of extremist killings continued in 2017.

“2017 was the second year in a row where Black nationalists committed murders,” Greenblatt said. “There were five total. It suggested there could be an emerging problem.”

According to CNN.com, the deadliest domestic terrorist attack of 2017 occurred on Oct. 31 when Islamic extremist Sayfullo Saipov drove a rental car down a bike path in New York City killing eight people.

The deadly massacre in Las Vegas in which 58 people died at the hands of Stephen Paddock did not count towards the amount of extremist murders because law enforcement officials still have not determined Paddock’s motive.

Also not included in the number of extremist killings are the deaths of Heather Heyer who protested a White nationalist rally in Charlottesville, Va. and Ricky John Best and Taliesin Myrddin Namkai-Meche killed on a Portland, Ore. train in May.

Regardless, Americans carry out, the numbers show, the largest amount of terroristic attacks.

“Concretely, it confirms extremists feel emboldened in the current environment,” Greenblatt said. “Right-wing extremists in particular were responsible for nearly 60 percent of extremist-related fatalities last year. The data lays bare that this is not an exaggeration, as some would like to paint it.”