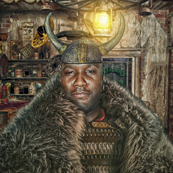 RegalMag.com begins a series celebrating the kings of ancient Africa.

Honoring the Regal Kings of Africa—Part One

RegalMag.com received its name from the fact that Black men descended from African kings, not just African-American slaves.

The name Regal came from the royal lineage of those African forefathers.

With that being said, it is only the right thing to do for RegalMag.com to honor some of the African kings that helped give birth to its name.

Tenkamenim was not only a leader because of the wealth he accumulated during his reign in Ghana.

The former king of Ghana (1037 A.D.-1075 A.D.) also became the quintessential politician because he did not allow his massive wealth to separate him from the common man and woman.

The beloved leader was known for leaving his throne, and riding his horse into the local villages everyday to learn about the problems of the citizens of Ghana.

Tenkamenim believed all residents of Ghana deserved an audience to hear their grievances and he would not leave until a resolution had been reached.

However, make no mistakes about it, Tenkamenim was still a shrewd businessman, politician and leader.

The Ghanaian king ruled during the country’s most prosperous era (beginning in 1062), carefully managing the gold trade across the Sahara desert into West Africa.

According to Boulware Enterprises, “Ancient Ghanaians were very wealthy due to their control over Western Africa’s trade.  The gold mines were in the south and the salt mines were in the north.  Being located between these two was a huge advantage.

“Aside from taxes, the kingdom would gain money through silent bartering.  Gold would be left at a special rate for traders to take.  If ample goods were not left in exchange, trade would be stopped.  Rather than take advantage of this, most traders would leave more than enough goods in return.  They were afraid that powerful Ghana would close them off.”

Because of its benevolent king, Ghana was known as the first African empire.

Unfortunately, that empire began to unravel during the 1200s because of several factors.

First, Ghana was invaded by a Muslim group, which reportedly cut off their trade routes, and allowing their cattle to over-graze.

Finally, a rebellion against the king during the 1200s ended the empire of Ghana right before the rise of the Mali Empire.

Today, Ghana is known for being the first sub-Saharan country to gain post-colonialism independence.

According to Africa-Facts.org, “People from Portugal, Denmark, the Netherlands, Germany, and Britain came to the Gold Coast to search for gold.  The British took control of the country in the 20th century and declared the Gold Coast a colony for the British Empire.”

Global Peace Index also ranked the country as the most peaceful African country.

Ghana now has a population of 25.5 million people and the most popular languages are English and the African languages of Akan and Ewe according to Africa-Facts.org.

According to Africa-Facts.org, “In 2007, oil was found off the coast of Ghana.  A daily production of 200,000 barrels, which could be achieved in about five years after commencement of production, could give a Ghana total revenue of approximately U.S. $1.6 billion yearly.”