Black Charter Schools vs. Public Schools: What’s Best for You? 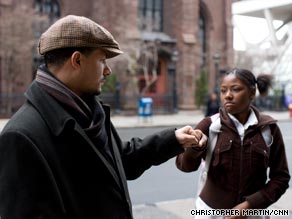 Steve Perry (left) heads one of the best charter schools in the country (CNN).

While the debate pitting the effectiveness of traditional educational institutions versus the rise of charter schools continues, especially in the Black community, it is time to decide if Black charter schools are really making an impact.

According to Emily Fox in her article, “Racial Achievement Gap Dwindling in Michigan’s Charter Schools,” for Michigan Radio Newsroom, “Recent state test results for students in third grade through eighth grade show Black students in charter schools perform better than those in traditional public schools. The largest gaps were found in reading scores which showed a difference of nine percent.”

For parents concerned about their children receiving a quality education, test results from Black charter schools that reflect improvement is a welcoming sign.

However, there is a flip side to the Black charter school debate and, often, what might work in one location may not work in another.

In a University of Texas at Austin study, issues of retention were addressed. Julian Vasquez, who conducted the research, found that despite positive graduation reports from charter schools in cities such as Houston, more Black students drop out and leave charter schools thus creating a higher attrition rate in comparison to traditional public schools.

Now with extensive cuts in education allocations, there is more scrutiny regarding test scores as funding that historically was allocated to traditional public schools is increasingly being diverted to charter schools based upon the numerous studies that compare the outcomes of charter schools and public schools.

In a presentation to Michigan legislators, Western Michigan University professor Gary Miron outlined the problem this way. “While I looked favorably upon the original intent of charter schools, I am increasingly concerned that after two decades and substantial growth, the charter school idea has strayed considerably from its original vision.  A growing body of research – as well as state and federal evaluations conducted by independent researchers -continues to find that charter schools are not achieving the goals that were once envisioned for them.”

Cities across the country, such as New York, with major budget cuts and test scores as the basis, are closing public schools in favor of charter schools due to the “low performer/high performer” reports.

In their effort to address “No Child Left Behind” concerns or to meet “Race to the Top” guidelines, components such as funding disparities, diversity and parental participation – or lack of same – is not taken into consideration.

Defenders of Black charter schools continue to showcase their successes in comparison to past performance by traditional public schools in the urban environments they are located.

They value the structure and curriculum provided to the students that was previously lacking and even the “lack of diversity charge” is addressed as many Black charter schools are in predominantly Black communities or areas where there is a high concentration of minorities, making it difficult to recruit White students to attend.

Steve Perry, founder and Principal of Capital Prep in Hartford, Conn., follows a specific mantra, “If you don’t want to go to college, don’t go to Capital Prep. Go somewhere else.”

With a near zero percent drop out rate and rigorous year-round program, Perry is making an impact. In a state where Black students lag well behind their White counterparts, Capital Prep, with a student body that is more than 80 percent Black and Latino, has sent every graduating senior to college.

In the long run, the innocent parties in the Black charter schools versus traditional public schools conflict are the children.

Advocates for public schools in urban environments continue to fight for funding to improve conditions to better serve their students and they view charter schools as a threat to the diminishing resources.

The future of Black charter schools, traditional public schools and, more importantly, the future of education in general will be best served by a team effort that requires positive and proactive commitment from administrators, teachers, business and community leaders, parents and students.

It takes the village to step up. That is impact. That is essential.