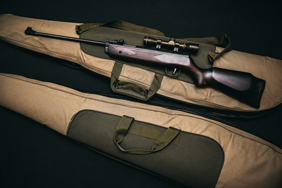 Whether one is a firm supporter of the Second Amendment of the United States Constitution or anti-gun, hopefully most people will agree that 18 school firearm incidents (including incidents that happened on a campus not involving students) in less than two months is way too much.

Schools once were a safe haven for learning and growth for students. Now school shootings are becoming more commonplace.

In 2018, American schools have endured over 2.5 firearm incidents per week so far this year.

Below is a list of each firearm incident as of Feb. 14 based on information provided by the New York Daily News.

Jan. 4—In Seattle, a gunshot was fired at New Start High School. No one was injured.

Jan. 15—Gunshots erupt at Wiley College in Marshall, Texas with a bullet going through a dorm room. No injuries reported.

Jan. 22—A 16-year-old suspect shoots and wounds an Italy High School student in Italy, Texas with a semi-automatic handgun.

Jan. 22—A 14-year-old boy is injured in shooting outside of The NET Charter High School in Gentilly, La.

Jan. 25—A Murphy High School student in Mobile, Ala. shot a gun at school but no one injured.

Jan. 26—Gunshots fired from a car in the parking lot of Dearborn High School in Dearborn, Mich.

Jan. 31—After a fight, gunshots erupt at Lincoln High School in Pennsylvania, killing a 32-year-old man.

Feb. 5—Teen is shot, but survives, outside of Oxon Hill High School in Oxon Hill, Md.

Feb. 8—Shots fired inside Metropolitan High School in New York. No one injured.