For Some HBCUs to Last, More Diversity Necessary 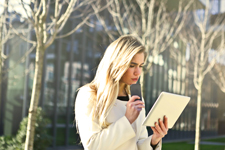 Some Historically Black Colleges and Universities are now predominantly White and Hispanic.

The word history, from which the term historical derives from, means the study of past events.

Sometimes, White people did not allow Blacks to attend their colleges because many were for Whites only.

Therefore, colleges were formed for the education of Black Americans.

That is the history of race and education in this country.

So instead of pouting and sulking, Black leaders like Booker T. Washington built their own institutions of higher learning, even making their own bricks to use in the construction of the buildings on the campus of Tuskegee University in Tuskegee, Ala.

However, because of integration many top African-American students have been lured away from HBCUs to attend predominantly White institutions (PWIs) and the enrollment at many HBCUs has diminished considerably.

Therefore, HBCUs have to make a concerted effort to diversify their student bodies or risk shutting down the doors to those historic institutions forever.

“Our demographic mix is very interesting,” said West Virginia State University President Anthony J. Jenkins. “We can be the actual case study in terms of how this thing works well, and in terms of not losing your HBCU identity.”

Actually, way back in the 1920s West Virginia State had many Asian and international students.

Furthermore, the HBCU became predominantly White in the 1960s.

Although West Virginia State has a predominantly White student body, that does not change its history.

History, if recorded factually, is permanent.

West Virginia State came into existence to educate Black college students because Blacks could not attend many White schools.

That history does not change because the composition of the student body is a lighter hue than a century ago.

Although Black students at schools like West Virginia State may not get the traditional HBCU experience, non-Black students often learn more about other races and cultures that might contradict the narrative seen via mainstream media.

Honestly, there are still lots of regions, cities and neighborhoods in America in which people of a certain race have very little or no real interaction with people from other races or ethnic groups.

“To be White at a Black institution is to understand racial pain,” said Julianne Malveaux, president of the all female HBCU, Bennett College from 2007-2012. “If a White girl goes to Bennett, she doesn’t have to go to diversity training when she goes into the corporate world.

“It is an enhancing experience, especially for a student who wants to live and work in a diverse world.”

Malveaux added that White students who attend HBCUs get to understand what it feels like to be the only person of your race or ethnic group in a room, which is a normal occurrence for Black people in corporate America and also in classes at PWIs.

Despite the fact that HBCUs have never excluded students based on race, they came into existence because of racial exclusions at PWIs.

However, many observers believe for HBCUs to last into the future, a concerted effort has to be made to recruit non-Black students especially since some projections show a decline in Black high school graduates in the near future.

“HBCUs, since their founding, have been open to all manner of students and included all, regardless of race,” said Lezli Baskerville, president/CEO of the National Association of Equal Opportunity in Higher Education. “HBCUs are the only class of higher education that since their founding have been that. They have never been race-based. There is educational value to diversity and preparing people for progress in a global economy. HBCUs have known that, and they are exemplars in diversity.”

At St. Phillip’s College, a Texas HBCU, Hispanic students are the majority, followed by White students and then Black students.

Because of various factors like low student enrollment, lack of funding and lack of accreditation, many HBCUs like Leland College, Bishop College, Saint Paul’s College and Daniel Payne College have all permanently shut their doors over the years.

However, the historic school is fighting off that possibility and looking to build for the future.

Alums, faculty members and students of Morris Brown have a popular saying, which is “We’re still here.”

With its finances back in order, Morris Brown is looking to regain accreditation by 2019.

The school was the first college for Black students in the state of Georgia, founded by the African Methodist Episcopal (AME) Church and established in 1881.

Morris Brown once had 2,500 students at its peak.

But by June 2018, 1,000 prospective students had expressed interest in attending Morris Brown.

Morris Brown is benefitting from many fundraisers from alums as well as prominent figures like radio personality Tom Joyner.

It will take money to preserve the history that is HBCUs.

But, it might also take more diversity to really ensure their longevity.