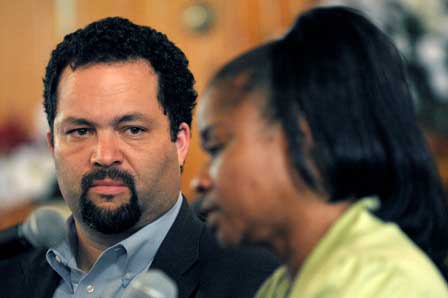 According to Ryan Dody, a contributor on ehow.com, civil rights organizations were in the forefront for the underserved in the United States.

He noted, “The American civil rights movement of the 1950s and 1960s forever changed the political spectrum and social interaction within the country. Though advocacy groups had long been in place, it wasn’t until this era that they began to wield major political influence on a national scale. Many nonprofit organizations help advance the cause of civil rights for African Americans and other minorities. Similar organizations monitor human-rights violations on a global scale.”

Many argue that the pressing issues of that period are now resolved and the relevance of civil rights organizations are in question.

“There is a need for civil rights organizations now, more than ever. Hate crimes are still being committed, some neighborhoods are still segregated, and there is still a disparaging economic gap between minorities and Whites,” stated Randye Bullock, an emerging author in Detriot and co-founder of the National Black Public Relations Society.

“Many Americans feel that since we have a Black President, we should feel that we have ‘arrived.’ But as long as there is discrimination in the job market, housing, insurance, etc., the watchdog groups must not rest. America should never go backwards, be complacent, or sit on its laurels, for there are always those who would like to eliminate all progress.”

In order to determine the relevance of civil rights organizations, let us point out that infringement on these rights have impacted more than people of color.

The civil rights organizations of prominence include the NAACP, National Urban League, American Civil Liberties Union, National Organization for Women, Amnesty International and the Anti-Defamation League, which have been in the fight for civil and human rights for decades.

Their constituencies range from minorities, women and religious groups to political prisoners, disabled people and immigrants, encompassing issues including racism, sexism, age and workplace discrimination with a common goal for justice and equality.

The rash of recent racially charged statements, particularly those directed at President Barack Obama, made by individuals in the public eye from industries ranging from journalism to the judiciary have emphasized to many the relevance of civil rights organizations.

Paul Meacham, former president of the Clark County Community College (now the College of Southern Nevada) put it this way, “Are civil rights groups still relevant?  To quote Sarah Palin: ‘YOU BETCHA!!’ One needs only to look at the Republican/Tea Party circus going on to get the answer to that question.  If any one of them somehow gets in the White House, we’re going to need more than civil rights groups like the NAACP, Urban League, etc.  As I see it, the only antidote is the vote. So get out from behind your comfort level and start registering people to vote. And after that, GET THEM TO THE POLLS.”

Also, Jon A. Shields, a retired high school teacher and certified adult trainer in Illinois added, “They are definitely still relevant. Racism still is alive and well in this country. There is strength in numbers and minorities need to show strength through affiliations with groups; and in groups that stand for civil rights.

“Rights of Black men are violated constantly by the law enforcement establishment. Yes, civil right organizations are needed to address this injustice. If the president of the USA can be bombarded with racist actions and attitudes daily, then there certainly must be a need for groups to address these same issues for Black folks who haven’t achieved such an elevated status in this society as our president.”

The relevance of civil rights organizations to a generation that has benefited from the sacrifices of previous generations may warrant a review of the basic foundations for these organizations and how they can evolve to survive and still maintain their established legacies.

“Civil rights organizations will always be needed – whether or not they are relevant is based on other factors like the mission. Over the past 16 years I have worked for or consulted with multiple African American organizations focused on technology, employment, training and energy and my time with each was unique plus special and I found that all of us worked hard to champion our stated causes,” commented Guy Madison, Principal Consultant, GM Consulting in Atlanta.

“What keeps the organizations going are those individuals that will approach you and say I wish we had this when I was coming up or thank you for making a difference because I had nowhere else to turn as other methods have yielded little to no results.

“The question is important because the next generation isn’t drawn to civil rights organizations and it is a growing trend.  We know ‘why’ these groups are still needed, but we need to focus on ‘how’ to bring in the next generation of leaders and give them the skill sets to deal with the current challenges of the day.”

Civil rights organizations paved the way for people from all walks of life to pursue “life, liberty and the pursuit of happiness” in this country.

Without these “drum majors for justice,” the lifestyles that many of us take for granted would not exist. Without diverse people today taking up those same banners we are jeopardizing the access to these same “inalienable rights” for the next generation.