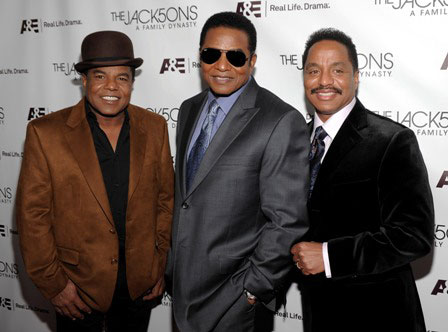 HIStory: Past, Present and Future

The Jackson Five epitomized Black History.  Their meteoric rise from humble beginnings to the top of the pop charts inspired countless Black youth to dream and to put in the work to make those dreams of reality.

After the tragic passing of Michael Jackson eight months ago, Jackson-mania, not seen since the glory days of the 1970s and 1980s, swept the world, with fans snatching up everything from the “King of Pop’s” solo recordings to the classic material he released with the Jackson Five.

However, when the legendary performer’s family attempted to return to some form of normalcy they were labeled by some as “leeches,” who were using the spotlight of his passing to rejuvenate their own careers in the entertainment industry.

The Jackson Five, later known simply as the Jacksons, hit the music scene in 1969 and blazed to the top of the charts like no other group in recording history.  Their first four songs, “I Want You Back;” “ABC;” “The Love You Save” and “I’ll Be There” all reached number one on the Billboard Pop Charts in less than one year’s time.

The youth of the 1970s marveled at the vocal range and dancing prowess of the pint-size lead singer of the Jackson Five, but were also fascinated by the mature vocal range of the co-lead singer Jermaine, the guitar-playing ability of Tito and the light feet of Jackie and Marlon.

As members of a group and also as solo artists, The Jacksons, including youngest brother Randy, achieved greatness on a level that no other family could compare with.  Marlon had a number two R&B hit with “Don’t Go” in 1987 and Jermaine was nominated for a Grammy Award for his 1980 hit “Let’s Get Serious.”

They achieved success on the Billboard charts for 20 years, but their talents and success were completely overshadowed by the monumental career of Michael and later the iconic career of baby sister Janet Jackson.

When the four surviving member of the Jackson Five decided to reunite in 2009 for their fortieth anniversary, they began filming a reality show, entitled “The Jacksons: A Family Dynasty,” and recording their first album since 1989.  However, in June of that year, the music world was silenced after their younger brother died of cardiac arrest in the midst of preparing for a comeback concert series in London.

Naturally, the glare of the media spotlight shined brightly on his family members as they dealt with the devastation of losing a loved one.  Media outlets from all around the world, rushed to get exclusives from various members of the famous families.  In addition, people who had not followed their career since their heyday began to pay more attention to this dynamic family of performers.

However, after receiving an enormous amount of press after Michael’s passing, the same media members who were seeking these stories began criticizing the Jackson Five for capitalizing on Michael’s death as if the singers controlled the images that the media disseminated, not the editors and producers from those companies.

As Jermaine stated an interview, it is impossible to cash in on something that they have created.

Despite the negative press that they have received, Michael’s death did bring well-deserved attention to the Jackson Five and their immense talent.  In June, and the subsequent months, people rushed to YouTube to see old clips of the group in their heyday and came away mesmerized that the group was more than little Michael.  It was a group filled with talented siblings that was sometimes overshadowed by the greatest entertainer of all time.

In 1995, Michael released a greatest hits compilation entitled HIStory: Past, Present and Future and that is just what he and his family made throughout their career.  As Regal Magazine celebrates Black History Month, the spotlight proudly shines on members of the legendary Jackson Five, who paved the way for many Black child stars that followed in their gigantic footsteps.