Five Books That Every Black Man Should Read in 2015 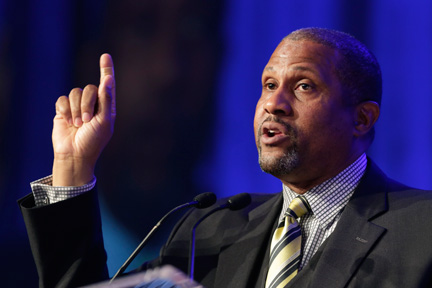 Tavis Smiley speaks about his book “Death of a King” at Book Expo America in New York on May 29, 2014 (Photo Credit: AP Photo/Mark Lennihan).

Last year ended up as a turning point for Black men and the Black community.

Everyone from celebrities to civilians unplugged their headphones and got plugged into the times, protesting against social inequality and injustice.

The previous year reminded many of previous generations, but if we do not educate ourselves on what our ancestors had to overcome then this generation still has a lot to learn.

Since knowledge is infinite and reading provides one with that knowledge, RegalMag.com has formulated a list of five books that all Black men should read in 2015.