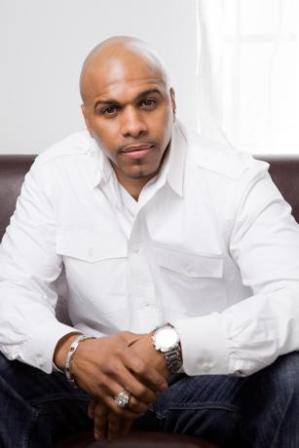 Author Wil Townsend is allowing Black men to tell their story of sexual abuse through his upcoming book (Photo courtesy of Wil Townsend).

Wil Townsend’s friend called him one night with a story that changed his life forever.

The 12-year-old nephew of his friend’s wife had been babysitting their 6-year-old daughter for multiple weeks, but one night while bathing his daughter, Townsend’s friend noticed spotting in her underwear.  After a serious investigation, his friend came to the realization that his wife’s nephew had been sexually abusing their daughter for quite some time.

While mainstream media constantly warns the public about the degradation and humiliation that females face as a result of sexual abuse, stories of sexually abused Black boys are often ignored because of apathy, stigmas and embarrassment.

“What has caused the silence surrounding our Black males in our communities about this evil deed is the false stigma that’s tied (to) it,” said Townsend.  “Our Black males are afraid to come forward because it’s taboo in our communities.  The false stigma of homosexuality is tied into admitting one may have been sexually abused at anytime when they were younger in their life.”

Some critics have blamed religious faith for Black males not seeking counseling for past demons because of the aforementioned stigma and dependence on spiritual healing, but Townsend believes both medical counseling and religious faith can work together for a complete healing.

Townsend, already the author of several books, is hoping to break that false stigma by publishing a book that allows Black men to tell their stories of surviving sexual abuse and empowering others, while staying totally anonymous.

While one thing cannot be totally the blame for an epidemic, could the epidemic of single mothers and unmarried couples play a role in the sexual abuse of young boys and girls?  Statistics show that 70 percent of Black families are headed by single mothers, which could increase the number of adults involved in a child’s daily life from babysitting to the mother dating.

“The percentage of (absent fathers and husbands) in the house raises the [likelihood of abuse] for any child,” Townsend explained.  “But please let me be clear, there are a huge number of children being sexually abused by family members including, how sick as it may sound, by their mother, father or both.  The percentage of a child being touched or sexually abused is…greater coming from someone the child knows like a family member or a close friend to the family.”

Regardless of one’s predicament, Townsend believes a thorough investigation needs to be conducted before entrusting your children to anyone.  Furthermore, through Townsend’s upcoming book, he hopes by telling of others’ predicament in a confidential manner, he will give strength to Black males who have been sexually abused as children and give them hope for a brighter tomorrow.

From Townsend’s research, he has seen how not being able to show one’s vulnerable side can lead to further complications as an adult because of past demons.

“I have a good friend who’s story is in the book (and) he has told me his story and how he tried hard and was successful (overcompensating) by fighting and beating up any man that looked at him strange, to dating, sexing and impregnating several women,” Townsend explained.  “Looking back in retro, now he sees the issues he created for himself because of this evil crime that was done to him.”

Although men are often embarrassed and ashamed at being victimized, no one is immune, even celebrities.  Townsend believes that entertainers like Tyler Perry and Donnie McClurkin sharing their stories will make it easier for others to come forward with their stories.  The more stories of triumph that sexual abuse victims hear hopefully will result in alleviated pain and even more triumphant success stories.

Townsend hopes his upcoming publication is the catalyst that inspires some of these stories of healing, and brings justice to all of those who have been victimized.

The author and motivational speaker is telling the stories of victims verbatim, but is protecting their name, address, age, occupation, etc.  He urges all that are willing to participate in his book to contact him via email at chosen1022@yahoo.com.

And he urges all parents to be aware of the warning signs from their children such as: acting out in an inappropriate sexual manner; nightmares and sleeping problems; becoming withdrawn or clingy; becoming secretive; unexplained personality changes; regressing to younger behavior; fear of particular people or places; angry outbursts; and a change of eating habits among others.

Hearing horror stories of sexual abuse changed his outlook on life, and hopefully his book will positively change the outlook of others who have been victimized by this evil crime.