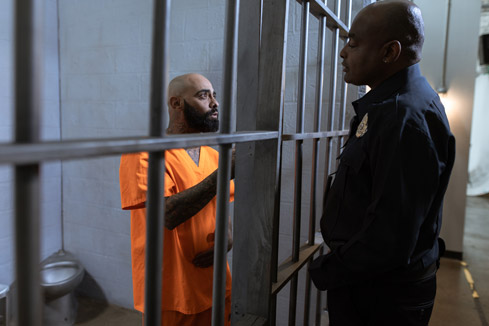 If a defendant is considered a threat the community, they can still be forced to stay in jail, pending trial.

On March 25, California’s Supreme Court dealt the cash bail system a blow when it decided that judges must consider a suspect’s income before setting bond.

Unless a judge labels a suspect as too dangerous to release, low-income defendants must be released while awaiting their trial.

In a unanimous decision, the justices determined, “The common practice of conditioning freedom solely on whether an arrestee can afford bail is unconstitutional.”

Associate Justice Mariano-Florentino Cuellar said that when a judge decides that a defendant must have a cash bail, that justice “must consider the arrestee’s ability to pay the stated amount of bail—and may not effectively detain the arrestee solely because the arrestee lacked the resources to pay bail.”

As a result of the ruling on cash bail, judges can order the release of newly arrested defendants.

The judge can require the defendants to wear electronic monitoring devices like ankle bracelets or undergo regular check-ins with pretrial cases managers.

Furthermore, judges can order that defendants stay in shelters and/or undergo alcohol and drug treatment.

However, the California ruling does allow for cash bail if the defendant can afford it.

“(The ruling) doesn’t eliminate bail completely,” said Sen. Robert Hertzberg (D-Van Nuys, Calif.). “(California’s bail system) spun out of control and this brings it back to its core principles of what bail is supposed to be about in the first place.”

American Bail Coalition Executive Director Jeff Clayton said, “It’s going to change the way the system works. The lens of due process is going to be on every bail, because prosecutors are going to have to prove, by clear and convincing evidence, a flight risk or danger.”

The ruling in California should have enormous impact on members of minority communities who get incarcerated at much higher rates than their White counterparts.

Karen Pank, the Chief Probation Officers of California Executive Director, said, “The research is clear, the negatives of cash bail fall disproportionately on Black and Brown communities without improving safety. Wealth should play no role in the justice system and we will continue to fight for a pretrial system that focuses on safety, fairness and effectiveness.”

The California ruling was based on a case involving Kenneth Humphrey, 66, of San Francisco who got arrested in May 2017 for alleging stealing a $5 bottle of cologne.

Because Humphrey could not post the $350,000 bail, he spent eight months behind bars.

The Los Angeles Times reported, “Humphrey had a criminal record, and a trial judge initially set bail at $600,000. The judge eventually reduced it to $350,000, which Humphrey still could not afford. Bail bond companies require defendants to pay up to 10% of the bail amount even when the defendants show up to court. Humphrey did not have the $350,000 to obtain bail.

“In challenging the bail decision, lawyers for Humphrey, who is Black, presented a 2013 study of San Francisco’s criminal justice system that found Black adults were 11 times more likely than White adults to be booked into jail before trial.”

The appeals court then ruled in Humphrey’s favor and released him under electronic monitoring.

Humphrey also had to stay away from the victim and participate in a substance abuse program for senior citizens.

“The money bail is there to ensure that they do come back for their trial date, and they’re incarcerated to protect the victim or the public. It’s hard to tell what impact this will have on victim and public safety going forward,” said attorney Kymberlee Stapletd of the Criminal Justice Legal Foundation.

However, politicians like Assemblyman Rob Bonta saw only positives in the decision that he supports.

Bonta said, “The jail house door shouldn’t swing open or closed based on how much money you have in your pocket.”

The California Supreme Court ruling said, “That our Constitution prohibits pretrial detention to combat an arrestee’s risk of flight unless the court first finds, based upon clear and convincing evidence, that no condition or conditions of release can reasonably assure the arrestee’s appearance in court.”

The Los Angeles Times reported, “The ruling represents a partial victory for criminal justice advocates and a setback for California’s bail industry. A national coalition of bail agency groups sponsored the November ballot initiative, Proposition 25, to head off a state no-bail law it opposed.

“Albert Ramirez, general counsel of the Golden State Bail Agents Assn., said the no-bail law voters rejected would have killed the industry, but it could survive the requirements set up by the California Supreme Court.”

Ramirez said that although profits will diminish because of the California Supreme Court’s decision, “we can live with it.”

The Los Angeles Times reported, “In the past, California judges have based bail decisions on a set schedule and defendants’ criminal records and the seriousness of the charged offenses, without considering whether the accused could afford bail. That left thousands of defendants behind bars because of their financial predicaments.

“Bail schedules will remain, and people who are arrested can continue to post the required amounts, Ramirez said. But the accused are entitled to bail hearings within 48 hours after arrest and can argue to a judge that they cannot afford the set amounts.”

However, Ramirez said that he hopes the state does not make any more changes to the bail system.

Nevertheless, on March 25 Hertzberg said he hopes to pass a bill that would set zero bail for minor criminal offenses.

“We can make it clear that people charged with low-level, nonviolent crimes cannot be detained prior to trial,” Hertzberg said in an interview.