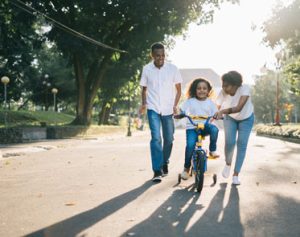 The 2020 United States census shows many African-Americans leaving the city for the suburbs for the safety and the amenities.

Decades ago when many White Americans fled the inner city for the suburbs, the phenomenon received the moniker of “White flight.”

Now, the 2020 census has shown a similar population shift within the African-American community as many African-Americans fled some of America’s largest cities like Chicago for suburban areas.

Sophia Tareen of The Associated Press wrote, “For decades, Black residents have been leaving some of the nation’s largest cities while suburbs have seen an increase in their Black populations. Those two trends have now spread to even more areas of the country, according to the 2020 U.S. Census.

“The patterns echo the ‘White flight’ that upended urban landscapes in the 20thcentury. Like those who left cities before them, Black residents often move because of worries about crime and a desire for reputable schools, affordable housing and amenities. But there are key differences: Leaving Black city neighborhoods that are starved for investment is often more of a necessity than a choice, and those who do settle into new suburban lives often find racial inequities there, too.”

From 2010 to 2020, cities like New York, Philadelphia and Los Angeles all lost African-American residents.

However, Chicago felt the loss of African-American residents more than those aforementioned cities.

Only Detroit had the highest number of migrating African-American residents.

In the Roseland area of Chicago where former President Barack Obama worked as a community organizer, 1,600 African-Americans left the area, which only consists of one square mile of land, about 20 miles south of downtown Chicago.

Roseland does not even have a grocery store.

While that causes many residents to hang on to their neighborhood and try to preserve it, it causes others to leave for greener pastures.

Tareen of The Associated Press reported, “According to the census, roughly 54% of Black residents within the 100 biggest American metro areas were suburbanites in 2020, up from 43% two decades, according to Bill Frey of the Brookings Institute.”

The city, founded by German and Dutch residents, has seen a 5o percent increase in the African-American population.

Lansing, Mich. even elected its first ever African-American trustee.

The A.P. reported, “The trends are nuanced. Part of the explanation is that Black residents are continuing to move to Southern cities in a reversal of the Great Migration, a movement that began in the 1910s and resulted in millions leaving the South for northern cities to escape discrimination. But more recently, some of the starkest changes are happening within metro areas as suburbs of major cities see Black population growth.

“Black residents, who represented roughly 40% of Chicago’s population in 1980, now make up less than 30%. Their presence increased, meanwhile, in dozens of Chicago suburbs from 2010 to 2020.”

The reasons for the Chicago exodus to the suburbs include a loss of blue-collar jobs such as steel mill jobs, the war on drugs, the loss of public housing in the 2000s that led to the displacement of many African-American residents and the closing of schools, which disproportionately impacted African-American and Latino students.

Dan Cooper, director of research with Chicago’s Metropolitan Planning Council, said, “It’s really hard to point to one specific thing. And when you look at the confluence of factors, Black folks haven’t been centered in policy or they are centered in wrong ways.”

“Where can I live where my kids can go outside and ride their bikes, or we can take a walk around the block as a family without looking over my shoulder?” said Calhoun.

“If you could do any better for yourself, why would you want to be there?” said Crystal Fenn who left Chicago’s Roseland area in 2015 to attend law school in suburban Atlanta. “The lack of economic dollars, it’s almost like the city doesn’t care about Roseland anymore.”

Kisha Pleasant, 41, moved to Lansing, Mich. despite previously purchasing a home in the Roseland area because of a lack of amenities and an increase in violence.

Pleasant said about Roseland, “I can’t retire in this area. I want to come outside, and I don’t want to be scared that somebody will be shooting at me.”

The de-centennial census is used to determine how many congress members states, cities and areas receive and determines how congressional districts are drawn.

Hansi Lo Wang of NPR reported, “The 2020 census continued a longstanding trend of undercounting Black people, Latinos and Native Americans, while overcounting people who identified as White and not Latino, according to estimates from a report the U.S. Census Bureau released on March 10.

“Latinos—with a net undercount rate of 4.99% –were left out of the 2020 census at more than three times the rate a decade earlier.

“Among Native Americans living on reservations (5.64%) and Black people (3.30%), the net undercount rates were numerically higher but not statistically from the 2010 rates.”

The Census Bureau said it is unclear how well the Pacific Islander population was counted.

Many people believe fear of deportation led many Latino residents not to participate in the 2020 census because of confusion about a possible citizenship question.

The Census is supposed to count people living in America, not necessarily the citizenship of those people.