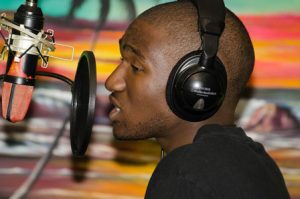 The California state Senate and assembly recently passed a bill limiting the prosecution’s ability to use violent rap lyrics during criminal trials of hip-hop artists.

The bill would become the first such bill in the United States and comes amid rapper Young Thug’s racketeering trial in Georgia.

State lawmaker Reggie Jones-Sawyer said, “Under current law, rap artists can feel as though they are being read their Miranda Rights before they even begin to write music: ‘You have the right to remain silent. Anything you say can and will be used against you in a court of law.’”

However, the new legislation would “ensure that the use of an accused person’s creative expression will not be used to introduce stereotypes or activate bias against the defendant, nor as character or propensity evidence.”

Calif. Gov. Gavin Newsom is expected to sign Bill AB 2799, which unanimously passed in the state assembly and Senate.

For years, prosecutors have used rap lyrics in trials against rap star defendants.

Using violent lyrics to prosecute rap stars has drawn criticism from First Amendment advocates, many saying that actors do not have to defend themselves against their theatrical roles or characters when prosecuted for a crime.

Many critics of using rap lyrics in trials have said that doing so has prejudiced some juries against rap defendants with some believing the lyrics are admissions to crimes and not works of art and fiction.

Calif. Assembly member Jones-Sawyer sponsored the bill, which would require a judge to determine whether to admit lyrics into a trial and whether the lyrics pertain to the alleged crime that defendant is on trial for.

Jones-Sawyer added, “We should not stymie the creative expression of artists. Unfortunately, racial biases play a role when talking about musical genres. Rap music lyrics share many similarities to that of other musical categories yet are singled out by the judicial system to characterize an artist. AB 2799 would disallow prosecutors from triggering racial biases or reinforcing stereotypes and it gives judges guidance on the use of creative expression in court.”

In New York, a similar bill passed the state Senate.

However, that bill failed in the state assembly.

In July, the United States Congress passed a bill addressing the issue of rap lyrics used in criminal trials on a federal level.

Many in the music industry praised the action of Congress.

ABC News reported, “The Restoring Artistic Protection Act—the RAP Act—which was co-sponsored by Reps. Hank Johnson (D-Ga.) and Jamaal Bowman (D-N.Y.), seeks to amend the federal rules of evidence ‘to limit the admissibility of…a defendant’s creative or artistic expression’ in a criminal proceeding, according to the text of the bill.”

Johnson said, “Evidence shows when juries believe lyrics to be rap lyrics, there’s a tendency to presume it’s a confession, whereas lyrics for other genres of music are understood to be art, not factual reporting. This act would ensure that our evidentiary standards protect the First Amendment right to freedom of expression.”

The practice of using hip-hop lyrics in a rapper’s trial has taken on a heightened sense of urgency because Young Thug has seen his lyrics used against him and rapper Gunna in a George RICO case.

ABC News reported, “Young Thug, a Grammy-winning rapper whose legal name is Jeffrey Lamar Williams, was initially charged with one count of conspiring to violate the state’s Racketeer Influenced and Corrupt Organizations (RICO) Act and one count of participating in street gang activity, according to charging documents obtained by ABC News. He now also faces six additional drugs and weapons charges after law enforcement searched his home following his arrest.”

Both Young Thug and Gunna have pleaded not guilty.

Gunna, who has received a Grammy nomination in the past, faces one count of conspiring to violate the RICO Act.

Young Thug’s lawyer Brian Steel said, “Mr. Williams has committed no violation of law, whatsoever. We will fight this case ethically, legally and zealously. Mr. Williams will be cleared.”

Both Young Thug and Gunna will go on trial in January 2023.

In a failed motion seeking bond, Gunna’s lawyer said, “It is intensely problematic that the state relies on song lyrics as part of its allegations. These lyrics are an artist’s creative expression and not literal recounting of facts and circumstances. Under the state’s theory, any artist with a song referencing violence could find herself the victim of a RICO indictment.”

Young Thug is the boss of YSL (Young Stoner Life), a record label that authorities have described as also a criminal street gang.

Vulture reported, “The 88-page grand jury indictment…alleges 182 instances of the collective’s participating in gang activity and criminal conspiracies, citing lyrics, social media posts, and clothing or accessories with SLIME emblazoned on them as evidence. Atlanta’s Fulton County grand jury also charged some individuals with violent crimes that include attempted armed robbery and murder…Not only has the case arrived under the specter of a 60 percent rise in violent crime in Atlanta, which Fulton County district attorney Fani Williams has promised to fight, but it has reverberated throughout the hip-hop community, where many have argued that this trial is but the latest instance of the criminal-justice system unfairly tying rappers to violent crime through their art.”