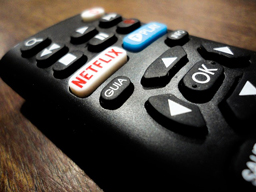 Netflix has received criticism for its decision to hire Susan Rice, a member of former President Barack Obama’s administration.

On her watch, Susan Rice was in charge of foreign and national security policy after the 2012 attack on the United States embassy in Benghazi, Libya, which resulted in the deaths of four Americans.

Many c0nservatives criticize Susan Rice for portraying the Benghazi attack as a spontaneous terrorist attack that happened as a result of anti-Muslim film.

Conservative bloggers jumped on the allegation, although Newsweek reported that there is no supporting evidence backing up that claim.

Susan Rice responded to President Trump allegations by saying, “I’m not going to dignify the president’s ludicrous charge with a comment. I leaked nothing to nobody, and never have and never would.”

Many conservatives were not swayed by her denials.

“Netflix doubles down in support of Obama corruption—compromised Susan Rice, who lied repeatedly on both Benghazi and the unmasking issue joins its Board of Directors,” said Tom Fitton, the president of Judicial Watch, a conservative foundation.

According to Yahoo.com, many conservatives are threatening to cancel their Netflix subscription because of the Susan Rice appointment and the fact that the streaming giant is in talks with Obama for a production deal.

On March 8, the New York Times reported, “Under terms of a proposed deal, which is not yet final, Netflix would pay Mr. Obama and his wife, Michelle, for exclusive content that would be available only on the streaming service…

“Mr. Obama does not intend to use his Netflix shows to directly respond to President Trump or conservative critics, according to people familiar with discussions about the programming. They said the Obamas had talked about producing shows that highlight inspirational stories.”

Netflix co-founder and CEO Reed Hastings released a statement on the Rice appointment, which said, “For decades, she has tackled difficult, complex global issues with intelligence, integrity and insight and we look forward to benefitting from her experience and wisdom.”

Also on the board with Hastings and Rice are Anne Sweeney, the former Disney-ABC Television Group president, former Netflix chief marketing officer Leslie Kilgore as well as Ann Mather, ex-CFO of Pixar and Village Roadshow Pictures.

Rice is excited about her new position, calling Netflix “a cutting-edge company whose leadership, high-quality productions and unique culture” is something she admires.