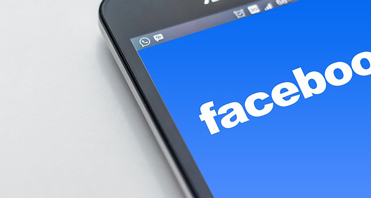 Facebook has faced criticism for a perceived lack of diversity.

For years, Facebook has received criticism for a lack of diversity.

“I’ve been trying to recruit Ken for years,” said Facebook CEO Mark Zuckerberg. “He has unique expertise in areas I believe Facebook needs to learn and improve—customer service, direct commerce, and building a trusted brand. Ken also has a strong sense of social mission and the perspective that comes from running an important public company for decades.”

Chenault’s addition to the Facebook board is being praised throughout the business world because many businesses in Silicon Valley have faced pressure from civil rights organizations to increase diversity within their companies.

According to The Grio.com, “The tech industry in particular has a history of being made up almost entirely of White and Asian men.

“The lack of diversity isn’t entirely down to a lack of candidates for the job. Research shows that Black and Hispanic students of technology and computer engineering were graduating at half the rate companies were hiring them.

“Tech companies like Facebook are aware of this divide and are taking steps to diversify. Hopefully, Chenault will be able to bring better ideas for how to inject a little more color into Silicon Valley. It’s a step in the right direction, and we’ll be watching to make sure they keep the momentum.”

Chenault was one of the first African-Americans to run a Fortune 500 company.

The Mineola, N.Y. native was born in 1951 and began his professional career as an attorney. He joined American Express in 1981 and was named CEO of the credit card company in 2001, according to biography.com.

The son of a dentist and dental hygienist attended the Waldorf School of Garden City, N.Y.

Chenault then went on to Bowdoin College, earning a History degree in 1973 before graduating from Harvard Law School three years later.

After joining American Express in 1981, the future CEO took a job in the struggling merchandizing department of the company, revitalizing it and leading the department to enormous success.

In addition, he was responsible for creating partnerships with such companies as Delta Airlines.

In 1997, Chenault became president and COO of American Express and eventually CEO in 2001.

According to biography.com, “He is credited with guiding the company through the economic and personal devastation of the September 11 attacks in New York, just across the street from the American Express headquarters.”

In addition to the Facebook board, Chenault lends his expertise to countless other boards ranging from academics to professional and civic organizations.

The former CEO lives in New Rochelle, N.Y. with his wife Kathryn, in addition to their two sons, Kevin and Kenneth Jr.