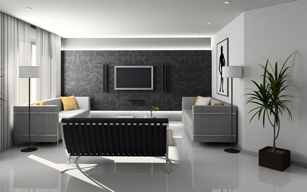 Entertainment Studios’ Byron Allen says the reason Comcast customers cannot view his networks in their living room is because of racial discrimination.

Media mogul and the head of Entertainment Studios Byron Allen has brought a $20 billion lawsuit against Comcast and Charter Communications for allegedly not distributing his television networks.

Allen, who now owns The Weather Channel and 11 local stations affiliated with CBS, NBC and ABC, says racial discrimination is one of the factors in Comcast and Charter Communications not airing his television content.

Allen said he seeks no less than “economic opportunity for all Americans.”

“My standing is as an African-American, and I want equal access for economic opportunity for all Americans.”

Allen claims that Comcast refused to license his television networks like Cars.TV and Pets.TV because he is an African-American.

However, Allen says that his lawsuit is about more than just racial discrimination.

The lawsuit aims to break down barriers in cable television for all underrepresented demographic groups.

Allen sued Comcast for not airing his small television networks, which focus on topics like criminal justice, cars and pets.

His lawyers demanded billions because they said excluding Allen’s networks were part of a racial conspiracy.

NewsOne.com reported, “When Comcast sought regulatory approval of its 2010 plan to acquire NBCUniversal, it needed to gain support. To assuage any worries that the merger would have bad effects on diversity, Comcast made voluntary commitments and entered agreements with various civil rights groups like the National Urban League and Sharpton’s National Action Network.

“However, Allen rebuked these agreements and questioned the monetary donations that Comcast contributed to these civil rights groups. He further questioned how Comcast was shelling out $25 billion annually on channel licensing, but less than $3 million on what he described as ‘100% African American-owned media.’ At the time, folks like Sharpton denied that his monetary gains were because of agreements him or his organization entered with Comcast.

“He even threatened a defamation lawsuit against Allen. However, eventually Sharpton and other civil rights groups were dismissed from the lawsuit and some of them even ended up supporting Allen’s case.”

Initially, district court dismissed Allen’s case three times saying that Allen did not have a plausible case to claim that Comcast denied licensing his networks because of racial discrimination.

However, the Ninth Circuit Court of Appeals eventually ruled that Allen had to only plausibly allege that racial discrimination was a factor and not the “but for” reason that Comcast refused to license Allen’s channels.

Through Entertainment Studios, Allen has also released movies like “Hostiles,” “Chappaquiddick” and “47 Meters Down: Uncaged.”

Entertainment Studios also owns the website The Grio.com, the only video-centric website dedicated to news and issues affecting the African-American community.

The website covers, health, business, politics and entertainment from an African-American perspective.

Allen’s lawyers claim they can prove racial discrimination based on the fact that Comcast carried about 500 networks that rivals like Verizon, AT&T U-verse and DirecTV carried.

But while Comcast’s rivals carried those networks like their competitors, they did not carry Allen’s channels.

Despite the appeals court’s rulings, Allen’s case faces an uphill battle because the Supreme Court leans to the right in many cases.

As a result, Allen’s case might set a negative precedent for any other Black-owned business that brings a similar claim of racial discrimination.

Allen plans on using the 1866 Civil Rights Act to prove his case.

The Civil Rights Act of 1866 came a year after the abolition of slavery.

After the Emancipation Proclamation, Southern Whites upset about the abolishment of slavery, passed Black Codes, which forced African-Americans into low-wage contracts and debt.

As a result of the Black Codes, Congress passed a federal law in attempts to achieve “practical freedom,” by including prohibiting discrimination when drawing up contracts.

Allen said that Comcast is saying that in order for Allen to succeed by using this act, he has to prove that the discrimination was based 100 percent on race.

The “but-for-standard” could make it harder for people to claim racial discrimination.

New York University School of Law professor Melissa Murray said, “If Comcast prevails, all victims of racial discrimination will face a higher hurdle to having their claims heard.”

The United States Supreme Court will hear arguments in the Allen case on Nov. 13.

Johnson went onto become a billionaire because of BET and eventually became the first African-American to hold a majority ownership stake in a major American professional sports team.

Johnson owned the majority of the National Basketball Association’s Charlotte Bobcats before selling his majority interest to Basketball Hall of Famer, Michael Jordan.

The former NBA legend has since renamed the team, the Charlotte Hornets.