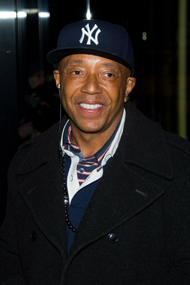 Hip-Hop Does it Again

Author Paul Johnson often says, “Hip-hop does it again” to describe the major moves made by rap artists and executives.

Hip-hop has definitely done major things in the last few months with Jay-Z selling 33 percent of the Tidal music streaming service to Sprint.

Now, the godfather of hip-hop, Russell Simmons, has made headlines for selling his prepaid debit card RushCard to Green Dot for $147 million.

According to Billboard.com, “Green Dot said Monday it will buy UniRush, the parent company of RushCard as well as the Rapid! payroll debit card.  Simmons started RushCard in 2003 as one of the first prepaid cards to focus on minority customers and charge lower-than-average fees.

“Prepaid debit cards are largely used by the ‘unbanked,’ or those who do not have a checking or savings account and largely rely on cash to pay their bills month to month.”

Green Dot’s interest in RushCard, which goes back years, stems from its brand recognition and its 750,000 customers.

Additionally, Jay-Z never stops making major moves.  He told his fans years ago that he was not a businessman; he was a business, man!

The rapper born Shawn Carter purchased the Tidal music streaming service for $56 million in 2015.  He recently sold 33 percent of the company to mobile telephone giant Sprint for $200 million.  That sale has increased the value of the company approximately 10 times its initial value at the time of Jay-Z’s purchase, according to Yahoo Finance.

Yahoo Finance reported that, “Sprint’s stock rose nearly 3.5 % and has fluctuated around that value since the announcement.”

What separates Tidal from other streaming services like Spotify and Pandora is that it offers more money per spin than its streaming competitors, which puts more money into the pockets of artists.

Furthermore, rapper/actor Ice Cube announced the formation of a three-on-three basketball league for retired players from the National Basketball Association in December.

For Ice Cube fans, his business acumen is no surprise as he was the first N.W.A member to question the business practices of Ruthless Records.

The rapper who almost single-handedly made throwback jerseys popular in the early 2000s recently earned the title of 2017 fashion ambassador for the famed Men’s New York Fashion Week.

According to XXLMag.com, “As ambassador of the Council of Fashion Designers of America New York Fashion Week, the 39-year-old rapper will be seen attending all of the different men’s fashion shows(s) across NYC.  Along with building and connecting with established and new designers, Fabolous will use his superstar platform to showcase and highlight the best looks from the week’s fashion shows while also providing his commentary and thoughts on the collections.”