Reinventing Yourself Key in Economic Recession 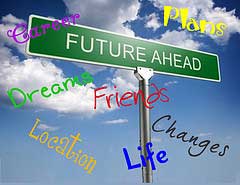 Career Makeover: Reinvention during a Recession

Johnny C. Taylor Jr. knows how to maneuver his career like pieces on a chessboard. After receiving his master’s and law degree from Drake University at 23, he strategically shifted his role from lawyer at a major law firm in Florida—which was replaced by human resources positions at Blockbuster and Viacom—to finally nabbing a plum CEO job for IAC/InterActiveCorp. Before he could say CHECKMATE, an opportunity he didn’t foresee appeared.

Taylor’s immediate answer was no. He couldn’t be president of the Thurgood Marshall College Fund (TMCF), a national association that provides scholarships and training programs to students attending Historically Black Colleges and Universities (HBCUs), because he didn’t think he was qualified.

“I didn’t attend a HBCU, didn’t have a Ph.D. and never worked in a not-for-profit role,” Taylor recalls when approached by the TMCF’s selection board.

But it was his experience and skills as a lawyer and businessman that sparked their interest.

“They came back and said we want [you because of] all the discipline and training [you acquired] in the corporate world.  Everything you learned is transferable.” Taylor tells Regal.

A lesson Pamela Mitchell, founder and CEO of The Reinvention Institute (organization that mentors professionals wanting to transform their careers), teaches her clients.

“Reinvention is a life skill. It’s about managing your life; what kind of life do you want to be living and what career can support that, “says Mitchell who penned the book The 10 Laws of Career Reinvention: Essential Survival Skills for Any Economy (2010 Dutton).  “[Your career] will change and you can pull out that skill and reinvent yourself again.”

A Yahoo education article reports an average worker changes employers every 4.4 years, based on a 2010 U.S. Department of Labor report. Whether it’s a voluntary transition or a forced career revamp—which has pushed 13.9 million (16.2 percent of Blacks) unemployed workers off a bridge and into a sea of uncertainty—reinventing yourself to suit your passion can be your life jacket.

Detroit-native Jamawn Woods, 34, did just that. After losing his job at an automobile company he turned his cooking hobby into a catering business, selling wings and waffles out of his house for six months.

“The biggest challenge was money. It takes money to start anything. I wasn’t employed, so I just stepped out on faith,” Woods told Black Enterprise. “Scrapped up all the money I had, and bought the supplies I needed.”

A little over a year after posting pictures of his food on Facebook, a talent scout recruited him for a reality TV show. Fast forward 10 months, Woods is the winner of NBC’s “America’s Next Great Restaurant,” opening three “Soul Daddy” restaurant chains in New York, Hollywood, Calif. and Minneapolis by flipping soul food as an unhealthy food option on its head with the creation of a healthy menu that includes baked chicken and sweet potato salad.

Woods’ leap of faith converged with his destiny, but if you’re like most people reinventing themselves fear can prevent you from taking the plunge.

“Expect yourself to feel fear,” says Mitchell. “Manage fear and be able to move despite the feeling. Look to times when you didn’t think you would be able to [overcome it]. You can break it down into small pieces; get it to a manageable level to move forward.”

It was fear and doubt that guided Taylor’s walk in April of last year, after meeting with the TMCF’s selection board in Washington, D.C. in a last attempt to convince him to head the non-profit.

He walked out of the Gallup building and traveled up F Street and 9th to 6th Street. The pros and cons listed on paper were being weighed in his mind. He thought, “what if you don’t like this, what if they don’t like you? You would have thrown your career off kilter. I’m changing careers altogether. I know my way around corporate America, and then I failed at a nonprofit.”

He took a left and walked down to the Verizon Center and wondered how it would benefit his career. “Another chapter to your resume and one day you could be president at a college. It would give me attributes that I didn’t have. You could really help people.”  Taylor left the Verizon Center and walked back to his hotel, ending his two-and-a-half hour walk by heading to the airport.

May 2011 marked Taylor’s first year at the fund. He embraced the position by thinking that there was no distinction between for-profits and non-profits. Now, Taylor’s job satisfaction stems from getting calls from students and graduates, rather than the bonuses he received as an executive.

“I get calls from headhunters,” says Taylor. “But I’m not going anywhere.”

1.      Develop a vision for your life that your career caters to. You know that old saying if you see it, be it? If you want to reinvent your career, you should start by jotting down some elements in your life you want to change (i.e. what does your ideal day look like?).

2.      Trust your gut! Reinventing your career means having to rely on your instincts, so look to your body for clues on what path you should take.

4.      Sharpen those skills. This law is most important of them all if you’re planning a career reinvention. Be sure to make a note of any skills you used in your previous job, those skills and talents can be used as a foundation for your new career.