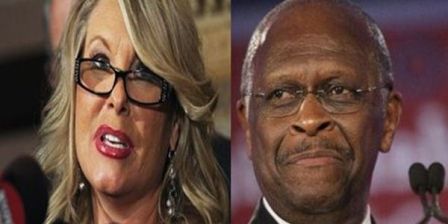 Too often celebrities and media personalities are ill prepared for interviews and are often caught changing their story, thus minimizing their credibility.

The need for crisis communication management has grown significantly with the rise in social media tools and communications vehicles that provide even more opportunities for being “caught in the act.”

According to Mike Woolfolk, President & CEO, The Woolfolk Group Media Relations and Consulting, a major key to crisis management in media is to put all of the facts on the table, develop a response and stick to that response.

When dealing with a crisis management in media situation, what can the person in the spotlight do to minimize the damage?

“A timely example of how NOT to handle a crisis is the alleged sexual harassment settlement involving GOP presidential candidate Herman Cain.  In his case, upon being confronted with questions about the alleged settlement, the appropriate initial response should have been ‘no comment’,” states Woolfolk, whose stellar career an as award-winning broadcast journalist and media coach has given him ample opportunities to understand how to handle yourself when the cameras are on.

“Preparation is key. For celebrities, athletes and other personalities highlighted in the media, it is best to be prepared and to understand how the media can work for you when times are good and against you if you are allegedly doing the wrong thing,” adds Woolfolk. “If you are not prepared to make a statement, then don’t.  Once the wrong words are out there, you cannot take them back.”

Woolfolk, whose background as a news anchor and media coach has placed him in many situations that provide him with the know how to deal with the spotlight.

“We handle both ends of the media spectrum preparing those who provide the tough questions and helping those in crisis management situations to effectively answer them. We do not tell anyone to lie. In fact, we encourage them not to do so, but give them tools to address the situation and to move towards ‘reputation restoration’.”

Woolfolk has an example that stands out in crisis management media and offers strategies to help celebrities, athletes, corporate executives and others who often face the “hot seat.”

“Michael Vick is my number one example of an effective comeback. He followed the rule of thumb that states that you admit your wrongdoing, take the consequences of your actions and make efforts to restore your reputation and turn the negative experience into a positive result. Whoever was working with Vick, implemented a plan that covered many of the bases in crisis management in media and added value to society by calling attention to animal cruelty and the penalties for such actions, even for athletes.”

Woolfolk offers additional strategies to help celebrities, athletes, politicians, corporate and community leaders and others who so often face the “bright lights and hot seat” when addressing crisis management in media.

Don’t panic – keep calm and present an unruffled appearance; evaluate the situation — have all your facts in hand; communicate your response and maintain it – do not change your story; never lie to the public; try to address any situations early on to avoid a crisis.

Woolfolk adds that once the crisis hits and you have a part in it, once you have evaluated all the facts, acknowledge the situation and the actions that will take place to rectify it. This may mean some type of punishment or fines which you should handle accordingly and maintain open lines of communication to showcase what you are doing post-crisis to restore your reputation.

Preparation, honesty and communication are important tools in crisis management in media. Having professional help to weather the storm and minimize the personal and financial damage is more than a plus, it is a necessity.