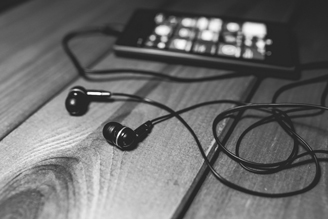 As a singer and actor, Ray J always had to deal with the constant comparisons to his superstar sister, Brandy.

Now as a tech mogul, Ray J has carved out his own niche and shown how to take money from the entertainment business and flip it into all avenues of business.

“It feels amazing and we’re proud of how far we’ve come in a short amount of time,” Ray J said. “I knew the company would do well because I believe so much in the products but, I have to say that the success has been overwhelming so far. We have a great team assembled and we get things done. Our customers are happy so we’re happy.”

The entertainer who has also enjoyed reality television fame via “Love and Hip-Hop Hollywood,” launched Raytronics in 2017, which sold scooters and smart watches.

Now, the company has expanded to selling ear buds.

However, Ray J admits that the road to success in the business world has not come easy.

“I think everything happens for a reason and I needed to have the learning experiences that I did in order to be where I am now,” Ray J added. “In the past, I had the marketing know-how to get people to talk about my products, but I didn’t have the infrastructure or logistics to fulfill the demand properly.”

The McComb, Miss. native found that logistical help via his partnership with Cowboy Wholesale Corp., a company that specializes in global technology distribution.

“Now, I have the best of both worlds with my partnership with Cowboy,” the entrepreneur and entertainer said. “I would definitely do it all again because that experience is what led me to success today.”

Despite Ray J’s success in the technology sector, he has not strayed too far from his musical roots.

He reached out to his cousin Snoop Dogg for a feature on his new song, “Hallelujah.”

The new song is currently available to stream on Apple Music.

Music critics describe “Hallelujah” as “radio ratchet” with a laid back California vibe.

With its smooth Cali swagger, Snoop Dogg’s laid-back flow fits the song as Snoop represents from “the Bay to L.A.”

The lyrics of the song state, “What you will what you wanna, Baby, wanna see California, and I’mma be the tour guide, 4, 5 sunrise, fun guys looking for some fun girls, hell yeah, you can bring your home girls.”

He released his debut album “Everything You Want” in 1997.

The singer released his sophomore album “This Ain’t a Game” in 2001.

Ray J followed that up by releasing “Raydiation” in 2005.

Brandy’s little brother by two years began his acting career starring in “The Sinbad Show” from 1993-1994.

Other acting credits for Ray J include the sitcoms “Moesha” and “The Rickey Smiley Show” and movies “Switchin’ the Script” and the horror film, “Slasher Party.”

Ray J has also made a name for himself on the reality television show circuit.

Ray J has served as a guest host on “The Real.”

TV One has featured him in their popular documentary series, “Unsung Hollywood.”

And the multi-talented artist has appeared on game shows like “Hip-Hop Squares.”

In 1997, Ray J also got to perform with his sister Brandy in the television movie, “Ray J in Concert with Brandy.”

Furthermore, Ray J is enjoying marriage and fatherhood as the good news continues to role in for the star raised in Carson, Calif.

The couple has a 9-month old daughter named Melody who is becoming a star in her own right via social media.

Fans of the couple seem amazed at Melody’s intelligence as she can already say things like “I love you” and “duck.”

One fan wrote via social media, “Honestly, she has been so super smart since a few months incredible to see what she starts doing!!! And growing into!! Blessings. Omg, she has ray j stares, but princess features…your such a smart lil girl that time and attention her parents giving Melody. Out of all the celebrities babies, she is my favorite one; I just love her…”

Another fan wrote on social media, “She’s so freaking cute and smart…she been talking since she was born…Gimme this baby…Omgoodness she’s so perfect @princeslove. she is absolutely beautiful, looks like both of you.”

But with all of his recent success in the tech world, Ray J is not resting on his laurels.

He has big plans for the future with Raycon.

“The best is still to come because we have been keeping new products under wraps for a long time,” Ray J said.

“It’ll be a surprise, but it’s all mainly under the umbrella of wireless audio because that’s what has been working so well for us now.

“At some point in the future we may look at expanding beyond this category, but for now, we just want to continue building on the momentum that we have in this area.”

Do not be surprised if Ray J and his company Raycon continue building their profits for the foreseeable future.