Minority Owned Businesses Must Focus on Innovation to Succeed 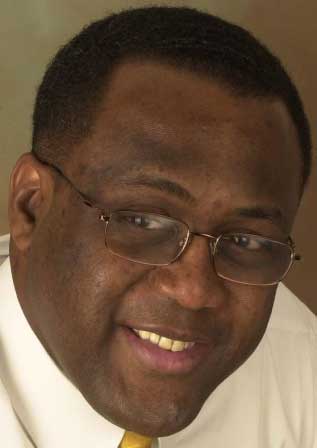 Johnathan Holified is the CEO of BICI.

The increase in technology and opportunities in the global marketplace continue to remain elusive goals for minority owned businesses.

Among the factors being touted as the keys toward providing a breakthrough for minority owned businesses and a significant boost for their communities is innovation.

“Innovation and competitiveness, the cornerstones of the 21st century economy, are essential ingredients for minority businesses to achieve present and future prosperity,” comments Johnathan Holifield, CEO, Black Innovation and Competitiveness Initiative (BICI). “As we enter the second decade of this millennium, we believe that it is time for us to acknowledge and do something about the sobering fact that our real economic and education progress is not commensurate with the new and dynamic opportunities inherent in the global ‘Innovation Economy’.”

“The BICI will aggressively address the innovation and competitiveness crisis in Black America. The BICI will lead introduction of a new narrative, one that helps us move from 20th century constitutional citizenship to 21st century equity citizenship,” Holifield adds. “The BICI’s goal is to facilitate the development of a national strategy to spark and sustain innovation growth and increase the overall competitiveness of Black Americans.”

For Holifield and his team, bringing BICI to the table to facilitate minority business development is based on a strong desire to “level the playing field” from a completely different perspective.

Where many advocates discuss the extent of Black purchasing power and the potential of minority owned businesses, BICI was established to look at the total picture and to plot the strategic applications to create innovative models and break old mindsets.

“We often proudly proclaim that Black American buying power is approaching $1 trillion dollars. However, we pay much less attention to the fact that the total productivity of Black owned businesses is about $138 billion annually, according to the most recent census data,” notes Holifield. “That may sound impressive, but that amount is less than one percent of the U.S. GDP, which is more than $14 trillion dollars. As we make up nearly 13 percent of the U.S. population, contributing less than one percent to the nation’s GDP is simply unacceptable.”

In further support of the BICI perspective, Holifield went on to say that the “U.S. Commerce Department’s Minority Business Development Agency recently reported that if Black owned businesses had reached parity with their share of the adult population in 2007, the U.S. would have 3.3 million firms, instead of 1.9 million and these firms would have generated $1.4 trillion in gross receipts instead of $138 billion, and they would have created 7.1 million jobs instead of 921,000.”

Unacceptable or not, that has been the business model to date, but BICI is set to do its part, not only to move the needle, but to also redirect the script with a grass roots model that incorporates the best of the business environment and the community being served. While others look to artificial means to introduce innovation and competition, BICI will achieve it the old fashioned way.

“Building a robust national network consisting of strong collaborative partnerships of people, community organizations, governments, K-12 education, universities and businesses is the best means to achieve such an accelerated turnaround and to generate an innovative model that thrives on our inherent competitive spirit.”