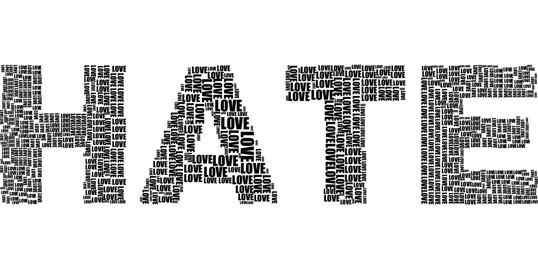 Rise of the Moors and Patriot Front had run-ins with law enforcement and pedestrians over the Fourth of July weekend on the East Coast.

In Boston, police had a standoff with the Rise of the Moors Black extremist group on I-95.

And in Philadelphia, a White supremacist group marched downtown.

The Associated Press reported, “Police say scores of members of a group described by the Anti-Defamation League as White supremacist marched in Philadelphia over the weekend, clashing with pedestrians and setting off what were believed to be smoke bombs at one point.

“The group of Patriot Front members, estimated at 150 to 200 people, marched for several blocks in Center City wearing tan pants and black shirts with face coverings and carrying shields and flags. Police said they were chanting slogans such as ‘Reclaim America’ and ‘The election was stolen.’

“Police said pedestrians ‘engaged members of the group verbally’ and there were several physical encounters. Finally someone from the group used what police believe were smoke bombs ‘to cover their retreat as they fled,’ police said.”

Police did not report any arrests.

Furthermore, police said they had no reports of any damage or injuries during the White supremacist march.

The incidents between White supremacists and pedestrians in downtown Philadelphia happened the day before First Lady Jill Biden visited the “City of Brotherly Love” for Fourth of July celebrations.

The Associated Press added, “The Anti-Defamation League calls the Texas-based group ‘a White supremacist group’ that ‘espouses racism, anti-Semitism and intolerance under the guise of preserving the ‘ethnic and cultural origins’ of their European ancestors.’ It also says the group ‘participates in localized ‘flash mobs’ and torch marches/demonstrations.”

On the same day (July 3) in Boston, police arrested 11 members of the Rise of the Moors extremist group after a standoff on the interstate.

Forbes.com reported, “Police in Massachusetts say they’ve arrested 11 heavily armed members of a group called ‘Rise of the Moors’ following an hours-long standoff in the middle of a highway Saturday morning, forcing two towns to ask residents to shelter in place.”

The standoff began early on the morning of July 3.

NBCBoston.com reported, “The 11 suspects who were taken into custody and transported for booking referred to themselves as a militia, police said Saturday. Eight guns, including three AR-15’s, were seized, according to police, who said none of the suspects had licenses to carry guns.

“The group of men were reportedly in two cars stopped in the breakdown lane on I-95 in Wakefield [Mass.] with their hazard lights on around 1:30 A.M. when police stopped to assist them. Police said the responding trooper saw that they were wearing ‘tactical or military style’ uniforms, including tactical vests and body cameras. Some had long rifles, others pistols or some combination of both.”

Forbes.com reported, “Police encountered almost a dozen people with guns and tactical gear on the side of Rt. 128 north of Boston, and after police shut down the highway, the men refused to put down their weapons, leading to a standoff with the group for more than eight hours…”

Police arrested two men from the group at approximately 6:30 A.M.

An additional nine people got taken into police custody after 10:30 A.M., which allowed officers to fully clear the highway.

Mason also said that he could not validate if they are officially members of the group, saying, “They identify as they identify.”

NBCBoston.com reported, “According to the Southern Poverty Law Center’s website, the Moorish sovereign citizen movement is a collection of independent organizations and lone individuals that emerged in the early 1990s as an offshoot of the anti-government sovereign citizens movement, which believes that individual citizens hold sovereignty over, and are independent of, the authority of federal and state governments.”

Ken Gray, a retired special agent with the FBI, said, “I would call them a member of an extremist group. Sovereign citizens are normally not violent, they are instead a nuisance group.”

Gray said the group abides by a nonexistent treaty between Morocco and the United States as a basis for their ideology.

The former FBI agent added, “No such treaty existed, but they claim there was a treaty that allowed them to operate in the country without being citizens of the country.”

Despite their claims on YouTube of not being anti-government or sovereign citizens, former Massachusetts State Police Todd McGhee said the group is known to act independent of the law.

“This is just a cocktail for bad intentions,” McGhee said.

One of the 11 arrested was a 17-year-old who was released to his parents, while the others arrested had their bail set at $100,000.