Black Students: More Police at School Will Not Make Us Feel Safer 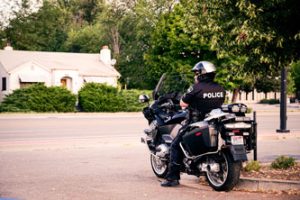 In the wake of the mass shooting at Robb Elementary School in Uvalde, Texas, many Republicans want to harden schools, which includes adding more police officers on campuses.

However, many Black students across the country believe that adding more resource officers will only make them feel more targeted for discipline and even abuse.

“We don’t see police presence as part of the solution,” said high school senior Malika Mobley. “If you really think about why police don’t make us safer, you can draw connections to all types of tragedies that impact the most marginalized among us.”

The Associated Press reported, “Police officers have a regular presence at schools across the country in recent decades, often in the form of school resource officers, who are tasked with building relationships with young people to promote trust of law enforcement, providing security, and enforcing laws. Critics say having armed police on campus often results in Black students being disproportionately arrested and punished, leading to what they call the school-to-prison pipeline.”
Research on the subject shows that Black students feel less safe around police officers than their White counterparts.

Katherine Dunn, who serves as director of the Opportunity to Learn program at the Advancement Project, said students of color typically have more negative interactions with resource officers than their White peers, which includes more arrests and restraints.

Dunn said, “It shows all the physical harms that young people experienced by police. It’s also the experience of being degraded and made to feel like a criminal because you have to walk down the hallway to your class with several armed cops, who are not there for your safety, who you see arrest your friends, assault your friends.”

The Associated Press reported, “In 2018, after the mass shooting at Marjory Stoneman Douglas High School in Parkland, Florida, the state Legislature passed laws mandating public schools to have either law enforcement or armed personnel on campus.

“A study of the law’s impact (by) F. Chris Curran, a University of Florida professor, found the expanded police presence was followed by an increase in school arrests and the number of reported behavioral incidents. He said there are many factors to consider in deciding the role police play in schools.”

Curran said, “I’d like to see that conversation include thoughtful considerations of potential benefits, decreasing certain kinds of behaviors, but also the potential unintended consequences, if that’s increasing the likelihood students are arrested or potentially increasing racial disparities in discipline and arrest rates.”

After the mass shooting at Robb Elementary, the National Association of School Resource Officers released a statement saying it is important to have “a carefully selected, specifically trained SRO on its campus whenever school is in session.”

The National Association of School Resource Officers, a non-profit group, also dismissed claims that having officers on campus contributes to the school to prison pipeline.

Nevertheless, that claim has not stopped groups like the Wake County Black Student Coalition in North Carolina from attempting to get officers removed from campus.

The schools in Wake County have 75 resource officers.

The move to remove the cops from Wake County schools stems from a 2017 incident in which a school police officer slammed a Black female student to the ground, which was captured on camera.

High school senior and co-president of the Wake County Black Student Coalition Chalina Morgan-Lopez said, “I think it’s a reasonable response to want more officers in schools, especially from people who genuinely do feel protected by law enforcement, even though that’s not my lived experience. But I think people need to take into account…that officers do in fact do more harm than they do good.”

While many Democrats want to ban the sale of assault rifles or raise the age limit to buy assault rifles to 21 nationwide and have universal background checks, they have run into some Republican opposition.

However, some of Boebert’s critics say that more was done than just securing the cockpit, from items being banned as carry-ons, increased security checks and no-flight lists.

Before Sept. 11, people not flying had more access to terminals, also.

For example, people could meet passengers at the terminal.

Now, only those flying can get past TSA.

Therefore, many people believe that just securing or hardening the schools is not enough to stop the problem.

Despite the disagreements from the right and the left, Democrats and Republicans remain hopeful than an agreement can be made on a narrow gun reform bill in the wake of mass killings in Uvalde, Texas and Buffalo, N.Y.

Emily Brooks of The Hill reported, “At the National Rifle Association’s (NRA) annual conference…former President Trump ran through a number of the top GOP suggestions to ‘finally harden schools and protect our children.’

Trump said, “What we need is a top-to-bottom security overhaul at schools all across our country.”

Sen. Ted Cruz (R-Texas) said, “Had Uvalde gotten a grant to upgrade the school security, they might have made changes that could have stopped the shooter and killed him at the single point of entrance with our law enforcement there on the ground before he hurt any of these innocent kids and teachers.”