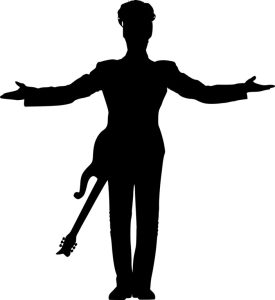 The music revolution started by Prince in 1978 has often received the moniker of the Minneapolis sound.

Swizz Beatz and Timbaland created a goldmine with “Verzuz” during the pandemic.

Fans often get dressed up to dance and sing along to some of their favorite artists in the comforts of their own home.

But people might have just as much fun pondering hypothetical “Verzuz” battles like Berry Gordy, who started his career as a songwriter for Jackie Wilson, and the Motown Sound vs. Prince and the Minneapolis Sound in honor of Black Music Month.

Prince is arguably the greatest musician of all time, while Motown produced some of the best entertainers of the 20th century.

So, who would win this hypothetical “Verzuz?”

First, Motown Records is more iconic than Paisley Park Records or NPG Records in the minds of many music fans.

For his part, Prince made stars out of his proteges like Morris Day, Vanity, Apollonia, along with Jimmy Jam and Terry Lewis.

Additionally, Prince might not have created as many icons, initially.

But his proteges Jimmy Jam and Terry Lewis made bigger stars out of the artists they worked with from New Edition to Janet Jackson.

Furthermore, Jam and Lewis made an R&B star out of The Time’s planned lead singer before Alexander O’Neal opted instead for a solo career with Clarence Avant’s Tabu Records.

From Jimmy Jam and Terry Lewis’ Perspective Records came Mint Condition, who often get the distinction of being the last true R&B band.

Jam and Lewis went on to work with everyone from pop music legend George Michael to gospel greats Sounds of Blackness and Ann Nesby.

Although Prince is known for writing, producing and arranging most of the songs for his artists like The Time, Vanity 6, Apollonia 6, Jill Jones and Sheila E., he also wrote and produced for stars outside of his Paisley Park camp like Kenny Rogers, The Bangles, Sinead O’Connor and Tevin Campbell.

Later in their careers, Prince also put out albums by some of his musical inspirations like Chaka Khan, Mavis Staples and Larry Graham.

Did we mention that Prince also worked with famed saxophonist Maceo Parker from James Brown’s band in the early 2000s?

But what music impresario can boast of finding numerous virtually unknown talents and turning them all into household names?

At one point in time, Ross was one of the biggest female superstar singers in the world.

At one time, Gaye changed the entire landscape of the company by incorporating social, religious and political issues into his music.

For many critics, Gaye’s “What’s Going On” album, released in 1971, is still the greatest album of all time.

In the mid-1970s, Wonder owned the Grammys, releasing four albums (“Talking Book,” “Innervisions,” “Fulfillingness’ First Finale” and “Songs in the Key of Life”) in his classic period that still resonates today sonically and lyrically.

Furthermore, artists like The Supremes and The Temptations broke down racial barriers for Black artists performing in certain venues and on certain televisions shows that had remained elusive for other Black stars.

And speaking of breaking barriers, Michael Jackson and his four brothers (The Jackson 5) became the first group, male or female, young or old, Black or White, to have their first four singles (“I Want You Back,” “ABC,” “The Love You Save” and “I’ll Be There”) hit number one on the Billboard pop charts.

And although Prince’s camp produced some dope writers and producers (don’t forget The Time’s Monte Moir wrote “Pleasure Principle” for Janet Jackson, while The Time’s Jellybean Johnson co-produced “Black Cat” for her), Motown Records produced some of the greatest writers, apart from the artists who wrote, of all time.

The songwriting trio of Lamont Dozier and brothers Brian Holland and Eddie Holland wrote for people like Dionne Warwick and Freda Payne, apart from Motown artists like Martha and the Vandellas and The Isley Brothers.

Yes, Motown released many of The Isley Brothers’ early records before they formed their own label, T-Neck Records.

Therefore, T-Neck Records which released iconic songs like “Between the Sheets” and “Choosey Lover” by The Isley Brother is technically a part of the Motown family tree.

What about all the hits Ashford and Simpson wrote for Motown artists, artists not on Motown and themselves as a duo?

During the early to late 1960s, Motown built a reputation for making sappy love songs.

However, their songs got a rougher edge thanks to writers like Norman Whitfield who wrote non-love songs like “Papa Was a Rolling Stone,” “Psychedelic Shack” and “Ball of Confusion” for The Temptations.

Despite Motown embracing new sounds and subject matters, the love song was never far thanks to the songwriting of people like Richie.

However, Robinson might have been the king of Motown love songs, penning timeless classics like “My Girl” and “My Guy.”

When Gordy signed Rick James, his pen was on some other stuff because he was totally different than any other artist the label had.

Both Gordy and Prince tried their hands at film too.

The film careers overlap in a way too because Vanity got her musical start with Prince before transitioning to film with “The Last Dragon,” a Motown production.

So, who is the winner?