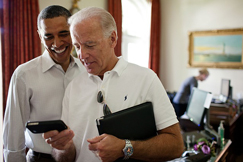 President Joe Biden has a long way to go before he can walk in the shoes of former President Lyndon B. Johnson.

But, he has the possibility of following in his predecessor’s footsteps.

For decades before he became commander-in-chief, former President Johnson had the reputation of having racist and segregationist sympathies.

Like Johnson, many in the African-American community have criticized President Biden for his stances on criminal justice and busing.

However, Biden and Vice President Kamala Harris vowed to address systemic racism once they entered the White House and some of Biden’s decisions and executive orders might prove that he is a man of his word.

“We must change now,” Biden said. “I know it’s going to take time, but I know we can do it. And I firmly believe the nation is ready to change. But government has to change as well.”

The NAACP had advocated for a Civil Rights Czar within the Biden administration.

The Biden administration heeded the calls for a Civil Rights Czar by naming Domestic Policy Advisor Susan Rice as the Race Czar.

NAACP President Derrick Johnson said that naming Rice as the Race Czar, “illustrates how serious they are on tackling this issue.”

Senior White House officials said, “We are working to marshal the levers of government to bend the federal policymaking process toward equity and justice.”

The officials added that it would consist of “a whole government approach” that focuses on issues such as “housing” and “private prisons.”

Not limiting the issue of systemic racism to the African-American community, the executive orders will also attempt to “stop anti-Asian bias and discrimination” in the wake of former President Donald Trump referring to the coronavirus as the Chinese virus for much of last year.

Reporting for TheGrio.com, journalist April Ryan wrote, “The president’s plan ranges from hiring to procurement to data and access. An economic agenda is an integral part of the scope of the administration’s plans to make these equity efforts sustainable. The official says ‘economists and financial institutions have consistently found that ending discrimination and racial inequity in our economy is one of the best things we can do for growth.’”

Speaking on the importance of data collection, a senior White House official said that, “it calls on all the agencies to conduct a baseline assessment of how they are performing on key metrics like procurement and like their enforcement of civil rights.”

Melanie Campbell of the Black Women’s Roundtable, who met with Biden and Vice President Harris weeks ago to address systemic racism, said that the “whole of government approach is the only way to have a meaningful impact.”

Campbell said, “Everything about government impacts everybody’s life and racial inequities are pervasive throughout our society.”

As a result of Biden’s executive actions, every government agency will have to track their progress or regress on racial equality as a means of charting benchmarks of success or failure.

Campbell added, “They have to collect the data. If you don’t have data, it doesn’t exist. You need to develop the kinds of policies and implementations to actually impact this. The devil will be in the details of what they are talking about.”

Biden rose to the presidency during a year in which America grappled with the issues of bigotry, racism and discrimination.

After the death of George Floyd at the hands of police officers in Minneapolis, many Black Lives Matter rallies and protests occurred throughout the world, not just the nation.

Signing the executive orders allows Biden and Harris to make good on some of their promises to address systemic racism in America.

According to the Associated Press, “Biden directed the Department of Housing and Urban Development in a memorandum to take steps to promote equitable housing policy. The memorandum calls on HUD to examine the effects of Trump regulatory actions that may have undermined fair housing policies and laws.

“Months before the November election, the Trump administration rolled back an Obama-era rule that required communities that wanted to receive HUD funding to document and report patterns of racial bias.”

The president’s executive order is also trying to end the reliance on private prisons, directing his attorney general not to renew Justice Department contracts with privately operated detention facilities.

Biden said, “This is the first step to stop corporations from profiting off of incarceration.”

Despite praise from many in the African-American community, those who run privately owned prisons have expressed frustration with Biden’s order.

GEO Group, a company that operates federal prisons, called Biden’s move “a solution in search of a problem.”

In a statement, a GEO Group spokesperson said, “Given the steps the BOP had already announced, (Tuesday’s) Executive Order merely represents a political statement, which could carry serious negative unintended consequences, including the loss of hundreds of jobs and negative economic impact for the communities where our facilities are located, which are already struggling due to the COVID pandemic.”

However, some supporters of the executive order to end reliance on privately run prisons think that the Mental illness should not be excuse for what Chad Wheeler allegedly did to girlfriend Biden administration should have gone deeper in trying to dismantle private prisons.

“The order signed (Tuesday) is an important first step toward acknowledging the harm that has been caused and taking actions to repair it, but President Biden has an obligation to do more, especially given his history,” said David Fathi, director of the American Civil Liberties Union’s National Prison Project, which noted that the executive order does not end the federal government’s dependence on private prisons to run immigration detention centers.