Best Hip-Hop Songs of All Time From Texas Rappers 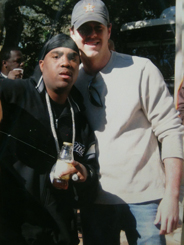 Like many regions, Texas hip-hop has come in phases.

In 1986, Rap-a-Lot Records got the Houston hip-hop movement started with the Geto Boys, then referred to as the Ghetto Boys.

A few years later, Dallas native The D.O.C. linked up with Dr. Dre, Eazy-E and Ruthless Records to release one of the greatest hip-hop albums of all time, “No One Can Do It Better.”

A few years later, the Dirty South could not believe how cold Port Arthur, Texas’ U.G.K. was when they released “Tell Me Something Good” in 1992.

In the late 1990s, D.J. Screw and the Screwed Up Click gave Houston its definitive style with the slowed down chopped and screwed sound.

In 2005, Houston hip-hop took over the universe thanks to Swisha House artists and alums like Mike Jones, Paul Wall, Slim Thug and Chamillionaire.

But what are the most iconic Texas rap songs of all time?

The RegalMag.com staff got together to come up with the 10 most iconic rap songs to come from the Lone Star State.

“It’s Funky Enough” by The D.O.C.—Back in the day, many artists from Texas thought they had to move to New York or Los Angeles to shine in the music business. Therefore, artists like D.J. Premier moved to New York while The D.O.C. found fame in Los Angeles writing for N.W.A and working as a solo artist under the tutelage of Dr. Dre.

“Mind Playing Tricks on Me” by Geto Boys—In 1991, Rap-a-Lot Records found itself in desperate need of a bonafide-hit record. Sure, the Geto Boys had struck gold with the album “Grip it on that Other Level,” but a national radio hit had eluded the company. However, when record company executives took a liking to a solo song by Scarface called “Mind Playing Tricks on Me,” record label owner J. Prince felt like he had the song to break the Geto Boys to a larger audience. When Willie D added his verse and Scarface gave one of his three verses to Bushwick Bill, Houston hip-hop had finally arrived nationally.

“International Players Anthem” by U.G.K. featuring Outkast—The funny thing about U.GK. is that their two biggest hit songs were not unanimous decisions amongst members Pimp C and Bun B. Pimp C did not want to do “Big Pimpin’” with Jay Z because it sounded like a pop record to him. Likewise, Bun B didn’t want to do “International Players” because Project Pat had already used the exact same beat on a record. Thank God, each member knew how to compromise.

“Still Tippin’” by Mike Jones featuring Slim Thug and Paul Wall—Other than the Geto Boys, many of the Houston rappers of the 1990s came from the south side of town. But when Michael “5000” Watts at Swisha House began making screw tapes, he gave north side artists from neighborhoods like Acres Homes and Inwood their own platform to shine. Very few songs represented the talent on the north like “Still Tippin’” in 2005, which still gets love on television today thanks to ESPN.

“Game Over” by Lil Flip—Flip wasn’t the only artist to use the Pac-Man beat back in the day. However, the Screwed Up Click legend took it to the next level with “Game Over.” When the 2005 Houston hip-hop takeover dominated the game, people forgot that Flip had really blown the doors down for the second generation of Houston rappers the year before.

“25 Lighters” by DJ DMD featuring Lil Keke and Fat Pat—D.J. DMD once went to high school with Pimp C of U.G.K. That’s a lot of talented producers for one high school. Although U.G.K. blew up nationally before D.M.D., when he hooked up with two members of the Screwed Up Click, he had one of the biggest hip-hop anthems of 1998.

“Wanna Be a Baller” by Lil’ Troy featuring Fat Pat, Yungstar, Lil’ Will, Big T and HAWK—Lil Troy wanted to be more of a Quincy Jones than a lyricist like his former artist, Scarface. His talent was more or less in producing and business. And via his Short Stop Records, he released a classic with “Wanna be a Baller.” For a while, Troy and J. Prince were the only real labels in town. At one time, north side Houston artists went to Rap-a-Lot and those from the south side signed with Short Stop.

“Sicko Mode” by Travis Scott featuring Drake—True artists honor those that paved the way, while blazing their own trail. Travis Scott from the Houston area, and Drake whose career took off in Houston, always honored artists like D.J. Screw and U.G.K. but created their own sound. Scott’s futuristic beats and mosh pit fans has its own vibe. However, it is still Texas all day.

“Savage (Remix)” by Megan thee Stallion featuring Beyoncé—Hot girl summer is not just a season anymore. Megan’s music stays hot whichever season she drops it. But when Queen Bey gets on a remix with you, not as a singer but as rapper, it’s over. On “Savage (Remix),” Beyoncé said her mama was a savage so she got it from Tina. And Megan described what a savage is: classy, bougie, ratchet, sassy, moody, nasty and acting stupid.

“Ridin’” by Chamillonaire featuring Krazie Bone—Like Travis Scott, Chamillionaire had his own style. But like Travis, he always stayed true to Houston culture. While U.G.K. brought ridin’ dirty to hip-hop heads, Chamillionaire took it to the pop charts with a little help from Krazie Bone, earning a Grammy Award along the way.