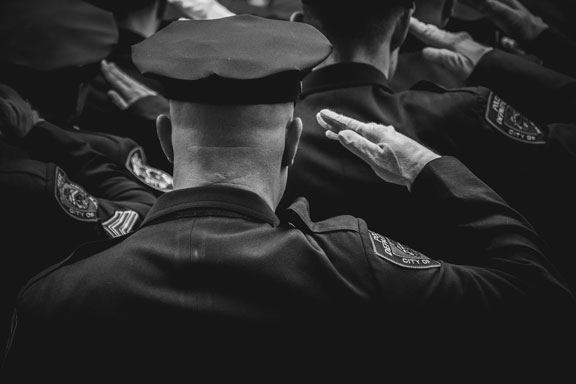 The issues of police brutality and defunding the police have become hot button topics since the murder of George Floyd in Minneapolis.

Despite a couple of vetoes by Minneapolis Mayor Jacob Frey, and his vow to vote against the proposal, in a 12-1 vote (Council Member Lisa Goodman cast the only no vote), the Minneapolis City Council approved new language that would pave the way for the city to replace the Minneapolis Police Department.

The change in the language happened hours after a judge rejected the wording of the previous question, which will appear on ballots in November.

The Associated Press reported, “On Tuesday morning, Hennepin County Judge Jamie Anderson, in response to a lawsuit, tossed out the prior wording of the ballot question. That version, she wrote, was ‘insufficient to identify the amendment clearly, it does not assist the voter in easily and accurately identifying what is being voted on, and it is vague and ambiguous to the point of misleading voters, all of which make it unjust.’”

Deputy City Attorney Erik Nilson told Minneapolis city council members, “At this point, passing updated language, amended language today, is the only real possibility of getting this on the November ballot. Any appeal, or even attempted appeal, even in the most expedited manner possible at this point, would most likely go beyond any county auditor statutory deadlines that are in play here.”

Liz Navratil of the Associated Press reported, “The proposal is drawing national attention and money as Minneapolis residents prepare to vote on policing for the first time since (George) Floyd was killed by an officer—and as the issue becomes a wedge in next year’s state and federal races.

“The measure would remove language in the city charter that requires Minneapolis to have a Police Department with a minimum number of officers based on population. The city then would be required to create a new agency responsible for ‘integrating’ public safety functions ‘into a comprehensive public health approach to safety.’ The new agency could have police ‘if necessary to fulfill the responsibilities of the department.’”

If passed, the ballot measure would change language in the city’s charter that gives the mayor of the city “complete power” over policing.

The ballot initiative would allow the mayor and city council to design the new police department and allow them to decide how to hire police officers.

Despite his disapproval of the bill, Mayor Frey said the city has a responsibility to place the initiative on the ballot.

Frey said that he believes that the city could make significant improvement to its police department without changing the city’s charter.

According to KMSP Fox 9, the new wording of City Question #2: Department of Public Safety reads: “Shall the Minneapolis City Charter be amended to eliminate the Police Department and replace it with a Department of Public Safety that employs a comprehensive public health approach to the delivery of functions by the Department of Public Safety, with those specific functions to be determined by the Mayor and City Council by ordinance; which will not be subject to exclusive mayoral power over its establishment, maintenance, and command; and which could include license peace officers (police officers), if necessary, to fulfill its responsibilities for public safety, with the general nature of the amendments being briefly indicated in the explanatory note below, which is made a part of the ballot.”

The explanatory note reads, “This amendment would create a Department of Public Safety combining public safety functions through a comprehensive public health approach to be determined by the Mayor and Council. The department would be led by a Commissioner nominated by the Mayor and appointed by the Council. The Police Department, and its chief, would be removed from the City Charter. The Public Safety Department could include police officers, but the minimum funding requirement would be eliminated.”

Despite the issue heading to the ballot, many Minneapolis residents believe the new language could still violate the court’s previous injunction because it may not have all the necessary information needed so that residents can make an educated decision.

For example, the language does not say whether the Minneapolis Police Department would “cease to exist” if the measure passes.

Furthermore, the measure does not say how the charter amendment can be put into place by Dec. 2.

In a statement, attorney Joe Anthony said, “We anticipate that the City, the County or both will move the Court for clarification before running the risk of contempt for publishing ballot language that may violate the Court’s order.”

Minneapolis police officers have received both heavy criticism and praise in the aftermath of Floyd’s murder in 2020.

The issue of defunding the police and the Black Lives Matter has become a political issue since last year’s presidential election.

The issue of police brutality and the murder of Floyd has even caused problems in other cities and with other first responders.

A Black New York City firefighter recently filed a lawsuit alleging that his department suspended him for his opposing his boss’ wishes to use fire hoses against protestors following the murder of Floyd.

The tactic of firefighters using water hoses has a dark history for many Black Americans, going back to the days when Eugene “Bull” Connor used water hoses against Black children and young people protesting for equal rights in Birmingham, Ala in the 1960s.