Autopsy: Andrew Brown, Jr. Died from Gunshot Wound to Back of Head 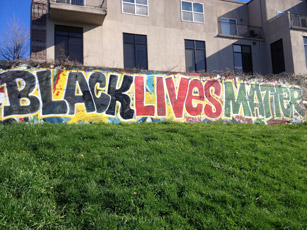 The death of Andrew Brown, Jr. in Elizabeth City, N.C. set off calls for justice after another incident of police killing an unarmed Black man.

Initially, police officers refused to release much of the video of his death leading many to believe the police had something to cover up.

As a result, Brown’s family had their own autopsy done and now the official state autopsy confirms what the family believed all along.

Brown, 42, died from a fatal gunshot to the back of his head.

In a statement, Brown family attorneys Ben Crump, Bakari Sellers, Harry Daniels and Chantel Cherry-Lassiter said, “The autopsy results prove that what we’ve always known to be true: Pasquotank County deputies executed Andrew Brown, Jr. with a kill shot to the back of the head. The false narrative that DA Womble has attempted to weave is completely discredited by this autopsy report.”

While Andrew Brown, Jr.’s family maintain that his killing was an execution, Pasquotank District Attorney Andrew Womble labeled the killing as justifiable because Brown drove “recklessly” in the direction of officers while trying to escape.

Officers had approached Brown in his car to serve a search warrant.

However, the Brown family described the DA decision to rule the death justified as “an insult and a slap in the face.”

FoxNews.com reported, “According to officials and previous reports, deputies surrounded Brown’s BMW, and his car backed up and moved forward before several shots were fired at and into his vehicle. Attorneys for his family have repeatedly said Brown was trying to get away, while authorities have said he was using his car as a weapon.”

On Thursday, the autopsy revealed that emergency workers were sent to the scene of the shooting at 8:25 A.M.

The emergency medical providers found Brown on the sidewalk, labeling him “pulseless with cardiopulmonary resuscitation in progress.”

The report stated, “Crew members noted a significant amount of blood near Mr. Brown. Upon assessment, he was noted to have what were believed to be gunshot wounds of the head. Injuries were felt to be non-survivable and he was pronounced dead at the scene.”

At a press conference in May, Womble said, “Mr. Brown’s death, while tragic, was justified, because Mr. Brown’s actions caused three deputies with the Pasquotank County Sherriff’s Office to reasonably believe it was necessary to use deadly force to protect themselves and others.”

Family attorneys added that “we are confident that the truth will be revealed and justice will prevail.”

They added “we won’t stop fighting for transparency and accountability from law enforcement and the district attorney.”

In April, the FBI announced a separate civil rights investigation in the killing of Andrew Brown, Jr.

CNN.com reported, “The incident was caught on body camera and was shown publicly by the District Attorney as part of the presentation to the press on why he was not bringing charges.

“On the same day of Womble’s announcement last month, Pasquotank Sherriff Tommy Wooten said the three deputies who fired at Brown would be reinstated and retrained.

“In addition to the fatal shot, the state autopsy report also lists a non-fatal gunshot wound and other wounds to the right arm.

“An autopsy commissioned by Brown’s family and their attorneys said Brown suffered gunshot wounds to the right arm and one to the back of the head.

“The toxicology report was also released and noted there was methamphetamine in Brown’s system but the level was ‘low and likely did not play a role in Mr. Brown’s cause or manner of death.’”

CNN.com also reported, “Two of the three deputies disciplined in the shooting of Brown have returned to work and the third intends to resign, the Pasquotank County Sherriff’s Department said last week.”

The shooting death of Andrew Brown, Jr. came at a time in which many in the Black community applauded the fact that Derek Chauvin was found guilty of murdering George Floyd in Minneapolis.

But the victory was short lived after the deaths of Andrew Brown, Jr. in Elizabeth City, N.C., and Daunte Wright, 20, in Brooklyn Center, Minn., a suburb of Minneapolis.

The young father losing his life so close to the Chauvin guilty verdict made justice for Floyd seem bittersweet for many people.

“We have spent all summer long, all 11 months fighting for a guilty verdict,” said Courtney Amborst. “And yesterday, when we heard guilty, guilty, guilty, it was like a sigh of relief. It was like everybody could breathe for just a second.

“But I woke this morning, like, I’ve got more work to do. We have to keep up the pressure. You’re happy on one end and on the other end, you’re like, how many times is it going to happen? How long are you going to be out here?”

At Wright’s funeral, Rev. Al Sharpton said, “This is a funeral that we shouldn’t have to have. And as much as I’m happy to see what happened with the verdict, I can’t celebrate.”

Instead of celebrating any justice, many leaders such as those in the Black Lives Matter movement have instead returned to the frontlines to continue the fight to stop police brutality and systemic racism.

Congress is currently negotiation the George Floyd Justice in Policing Act to address issues with law enforcement and the communities they serve.