Trayvon Murder Could Be Turning Point for Athletes and Politics 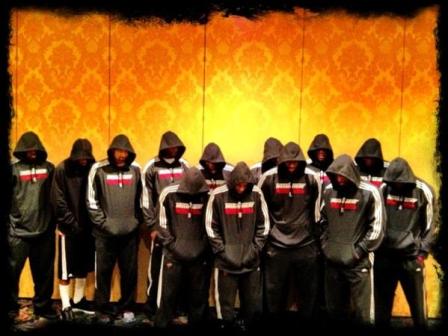 LeBron James’ tweet of the Miami Heat in hoodies in support of Trayvon Martin could be a turning point for athletes and politics.

Once upon a time, American athletes displayed a social conscience.

Tommy Smith and John Carlos called attention to the Black man’s plight in 1960s America with their actions on the victory stand in Mexico City.

Muhammad Ali famously refused induction into the military because he felt the U.S. presence in Vietnam was illegal under Muslim teachings.

Lew Alcindor (aka Kareem Abdul-Jabbar) boycotted the 1968 Olympics and turned his back on a sure gold medal because he would not represent a country that routinely oppressed Blacks and other minorities.

Bill Russell refused to play in any city that would not let him share a hotel or a restaurant with his Boston Celtics teammates.

Yes, athletes and politics were regularly intertwined…until the money got real big and players had millions of dollars to protect by maintaining their place in the good graces of the (mostly White) public who bought what they were selling at halftime, during timeouts and between innings.

Michael Jordan became the poster child for the athlete of the 1990s and 2000s. Jordan’s goal seemed to be to remain as apolitical as possible so he could maintain or even enhance his appeal as he sold Nikes, made movies, and developed a line of men’s fragrances.

Don’t believe me? When have you ever heard Peyton Manning take a political stand? How about Greg Maddux or Sidney Crosby? Donovan McNabb was more interested in selling soup than supporting a cause.

Enter Trayvon Martin. In February, Martin, a 17-year-old African American, was shot by George Zimmerman, a man with a White father and Peruvian mother.

Ostensibly, Zimmerman was “standing his ground” or acting in self defense and no charges were filed. This was despite the fact that Martin was not carrying a weapon and Zimmerman had pulled over his car in response to what he thought was suspicious behavior by Martin.

This case has become a national sign post. President Barack Obama has weighed in, and so, surprisingly have LeBron James and the Miami Heat.

Last week the Heat were pictured wearing hoodies with their heads bowed in a show of solidarity with Martin’s family. Martin was wearing a hoodie when he was killed and this fact has, maddeningly, been a central rationale given by his killer’s defenders for why he was perceived as a threat.

James, Steve Nash and the leaders of the NBA Players’ Association have all spoken out on their perception of the lack of justice in this case.

Whatever the outcome of the Martin case in particular, its greatest legacy may be that it serves to bring athletes and politics together after nearly a 40 year estrangement. It is said that everything is cyclical, and perhaps this case signals an end of the Jordan Era of athletes’ apoliticism and ushers in a new era of social consciousness among some of the biggest celebrities on the planet.