Celebrities Use Blessings to Bless Others During COVID-19 Pandemic 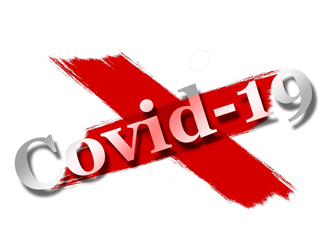 The COVID-19 pandemic has affected all avenues of life across the globe.

Tragedies Often Bring Out the Humanity in People

The novel “A Tale of Two Cities” by Charles Dickens begins with the statement, “It was the best of times, it was the worst of times…”

While not much good can come from a worldwide pandemic like COVID-19, the coronavirus has shown what goodness exists amongst people.

As countless people in middle America lose their jobs because of the closing of nonessential businesses in cities and towns across America, many celebrities have begun using their wealth to help the have not’s stem the tide of this period of financial and medical uncertainty.

From athletes to entertainers to CEOs, the “talented tenth” of America, in some cases, have given back to those less fortunate when those people need it the most.

Therefore, RegalMag.com would like to salute those who have used their countless blessings to bless others when they are down on their luck.

Jay-Z—The Brooklyn, N.Y. bred emcee and business mogul has made it a mission to give back to social causes that touch his heart. And how could people battling COVID-19 not inspire a person, especially when that person can make a huge difference? Via his foundation, “Hov” has donated $1 million to help coronavirus response efforts.

Rihanna—The apple does not fall too far from the tree. As a result, pop star Rihanna has joined forces with her musical mentor Jay-Z by also donating $1 million via her foundation to assist in the coronavirus relief effort. According to a press release, both foundations will “support undocumented workers, the children of frontline health workers and first responders, and incarcerated, elderly and homeless populations in New York City and Los Angeles.”

Lizzo—The Houston pop sensation has also felt the need to give back to those battling COVID-19. The “Truth Hurts” singer donated lunch to hospital workers on the frontline of the coronavirus war. She treated the staffs at University of Washington Medical Center and a University of Minnesota affiliate in Minneapolis to lunch.

Laremy Tunsil—Houston Texans offensive lineman could not let Watson be the only Texan making a difference as the world fights the deadly virus, COVID-19. The Ole Miss product committed $250,000 toward COVID-19 relief. The money will be used to help people pay their bills via Star of Hope in Houston and Florida Gateway Food Bank in his hometown of Lake City, Fla.

Zion Williamson—Many critics of the New Orleans Pelicans wondered why a 19-year-old on a rookie contract would be the first to step up to pay the salaries of employees at Smoothie King Center in New Orleans for the remainder of the NBA regular season and not the billionaire owner, Gayle Benson. But that just shows age ain’t nothing but a number to quote the late R&B songstress, Aaliyah. The former Duke University standout pledged to pay the entire salaries of all the arena staff for a span of 30 days.

Kevin Love—Special shout-out to Cleveland Cavaliers forward Kevin Love for being the first NBA player to step up to financially assist arena workers unable to work because of the indefinite suspension of the 2019-20 NBA season. In early March, the former NBA champion donated $100,000 to help workers at Rocket Mortgage Fieldhouse in Cleveland.

Mark Cuban—Very few people seemed as shocked as Dallas Mavericks owner Mark Cuban when he received word that the 2019-20 NBA season got postponed indefinitely. He promised to pay all hourly employees at American Airlines Center in Dallas. The outspoken billionaire also had some advice for CEO’s across the country, warning them that the way they treat employees during this pandemic will affect company branding and reputation for years to come.

Bruno Mars—Music sensation Bruno Mars has done his part in using his blessings to bless others. Mars had been performing a limited residency in Las Vegas. Therefore, Mars decided to donate $1 million to help the employees at the residency venue, MGM, get through these hard times. His rep said, “The people at MGM have given Bruno Mars the rare opportunity to be able to continuously gig while he’s in the creative process of working on his next album. With the closures across Las Vegas, Bruno wanted to show his appreciation to the amazing employees…”

Jon Weeks—Whenever America experiences a tragedy, the importance of first responders becomes even more evident to those who might take them for granted from time to time. As a result, Houston Texans long snapper Jon Weeks provided Whataburger meals to firefighters around the Greater Houston area. On social media, Weeks said, “Thank you for being there on the front lines, making the ultimate sacrifice to protect us, to make sure we are safe. We can’t thank you enough. We appreciate everything that you guys are doing. We hope that you guys can enjoy lunch on the Weeks’ family today. Again, thank you so much for everything.”

The Michael Jackson Estate—While alive, the “King of Pop” Michael Jackson made it a habit to give back to the less fortunate. So in death, it should come as no surprise that the Michael Jackson Estate continues his legacy of philanthropy. Growing up poor in Gary, Ind. probably created a soft spot in his heart for the working poor. Also, those struggling with illnesses like Ryan White struggle with AIDS in the 1980s tugged at his heart. In the spirit of his charity work, the Michael Jackson Estate has given $300,000 to help the coronavirus response efforts in three communities: Broadway Cares, Three Square Food Bank in Southern Nevada and MusicCares. Each organization will receive $100,000.