What Impact Will ‘Leaving Neverland’ Have On Michael Jackson’s Kids, Siblings? 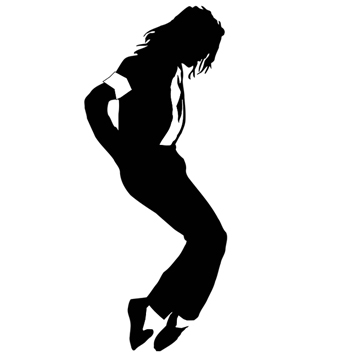 The #MuteRKelly movement will have the most adverse impact on the person most responsible for the movement to block his music from playing on the airwaves. R. Kelly.

However, the #MuteMichaelJackson movement of taking the “King of Pop’s” music off of the airwaves will not hurt the late icon.

Muting Michael Jackson will hurt his family, mainly his children and mother, and his daughter Paris Jackson fears that the new HBO documentary, which makes graphic claims of sexual abuse by her father could curtail her blossoming acting career.

Allegedly, the young actress told some close friends that she is scared that the controversy surrounding “Leaving Neverland” may halt her career before it really takes off.

“She was in a movie last year but believes the documentary is already scaring directors away because of the abuse her father is accused of may put moviegoers off her,” a source said. “It all comes down to marketing. The worry is that any movies she stars in will be derailed if Michael’s abuse scandal is all people think about when they see her on screen. She wants to act but knows this could affect those plans.”

She will also star in the upcoming comedic drama “The Space Between Us,” currently in pre-production.

In “The Space Between Us,” Paris Jackson will star as a singer named Cory looking for her big break in the music business.

“The Space Between Us” will also star Kelsey Grammar.

Furthermore, his brothers and sisters might suffer financially from a #MuteMichaelJackson movement even though they are not beneficiaries of his estate.

Many of the songs made famous by The Jacksons, with Michael Jackson as lead singer, in the late 1970s and early 1980s were written or co-written by his brothers.

If songs like “Shake Your Body (Down to the Ground),” “Can You Feel It,” “Lovely One” and “Torture” get pulled from rotation by radio stations, it does not just hurt Michael Jackson’s estate.

Scrapping those songs will also hurt the “King of Pop’s” brothers Jackie Jackson and Randy Jackson because they co-wrote those songs and many others.

Furthermore, will songs that sampled Jackson music get pulled?

If so, how would that affect the countless rappers and singers who have covered or sampled those classic tunes?

In the much-anticipated HBO documentary “Leaving Neverland,” Wade Robson and James Safechuck, now grown men, depict in graphic detail how Michael Jackson allegedly wooed them and their parents with gifts and preferential treatment.

The two men say that the flattery eventually turned sexual.

However, both men testified in Michael Jackson’s defense at his criminal trial in 2003 for sexual molestation, stating that he never victimized them.

Nevertheless, experts on sexual abuse say that it is easy for a predator to manipulate their victims into thinking that nothing is wrong with their actions.

In 2013, Robson sued the Jackson estate and later Safechuck sued.

However, both cases got dismissed and the estate denies the men’s claims of abuse against Michael Jackson.

The Michael Jackson estate has sued HBO for $100 million.

But legal experts believe the estate has little chance of success in the case.

Therefore, libel would not be a cause for a legitimate lawsuit.

Many believe that the lawsuit is a way for the estate to stave off damage to the late star’s image so that the estate does not take as big a financial hit as some predict.

The Jackson family issued a statement after the “Leaving Neverland” premiere at the Sundance Film Festival, denouncing the documentary as a “public lynching.”

The actor said their only fight happened when Michael Jackson feared he would one day turn on him and create lies about him.

Feldman criticized “Leaving Neverland” for being one-sided in his view because his friend is no longer alive to defend himself.

Immediately, Feldman received criticism from people saying that he was defending Jackson against the allegations.

Feldman later clarified his tweets about the documentary in a statement to CNN.

The actor wrote, “I want to be very clear. I stand for any and all victims of sexual abuse or assault. As a survivor and someone who has been fighting for this to become a focal topic of our society for decades and is fighting diligently to abolish the statutes of limitations across the country, I applaud all victims letting their voices be heard and I encourage the public debate to continue.”

Media mogul and talk show host Oprah Winfrey received criticism from some of Michael Jackson’s fans for interviewing Robson and Safechuck after the documentary concluded on HBO.

Winfrey herself survived sexual abuse as a child.

Taj Jackson of the R&B group 3T has begun crowdsourcing to raise funds to produce his own documentary on his famous uncle.

The son of Tito Jackson of The Jacksons/Jackson 5 said that his upcoming documentary would show a version of his uncle that is the polar opposite to the description given to him by his accusers.

Other stars that have not muted Michael Jackson and continue to speak out in support of him include R&B legend, Stephanie Mills, comedian Paul Mooney and rapper, Willie D of the Geto Boys.