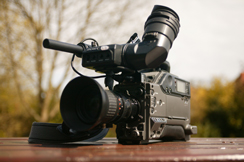 Former fans of Roland Martin’s “News One Now” and “BET News” do not fret because your prayers have been answered.

The network will be available in 33 million households in cities with a large African-American market like Los Angeles and Atlanta.

Its mission is to “provide intelligent programming that is informative, educational, entertaining, inspiring and empowering to its African-American audience.”

The network wants to:

“Despite the proliferation of basic and premium cable television channels during the past two decades, the number of cable news networks dedicated to serving the nation’s African-American communities remains at ZERO! Black News Channel will be the nation’s first channel to fill this significant void and provide African-American viewers news, information, and educational content focused on their interests and needs while tapping into subscription television’s most profitable market.”

“BNC will be able to make a deep, rich connection to this target audience by being the antidote to today’s toxic news environment; our network will provide relevant news, as well as celebrate Black lives, culture, and history,” reads the Black News Channel’s website.

Black News Channel boasts of being the only minority-owned and operated 24-hour cable news network.

The new network says it will disseminate “authentic, genuine, and responsive news to Black Americans and will tackle the “priorities, issues, realities, and points-of-view of our Black population and communities.”

Black News Channel will try to succeed in a space in which others have failed.

At the time, the veteran journalist and Houston native said, “I am undoubtedly saddened by ‘News One Now’ ending daily production. We set out to give America, specifically Black America, a show that spoke to our issues, concerns and unique perspective. And we did just that.”

“News One Now” debuted on TV One in 2013 as a means to speak to issues and news stories impacting the African-American community.

“Providing a platform for Black voices is in the DNA of our entire company,” said TV One CEO Alfred Liggins in a 2017 statement. “We know there is a void in mainstream media and we plan to continue to be an outlet for Black news. Roland Martin will be a part of that plan.”

While Martin is still a part of the TV One/Radio One family he has also branched out into television show ownership.

This year, TV One debuted “The D.L. Hughley Show,” which is a spin-off of his radio show where the outspoken comedian gives his takes on the news and the issues of the day with his on-air radio team.

After debuting with one million viewers, “Don’t Sleep” eventually slipped to 400,000 viewers.

Later the show was reduced to one night a week.

Many fans of the show complained that the news program aired too late at night for them to consistently support.

Holmes left CNN in 2011 to sign a multi-platform deal with BET that included contributions to BET.com.

After the 2013 cancellation of “Don’t Sleep,” BET released a statement that read, “[‘Don’t Sleep’] delivered smart social commentary on significant issues important to African-Americans with the nation’s most prominent thought leaders. BET remains committed to being a resource for our audience on issues that directly affect the African-American community.”

Veteran journalist Ed Gordon has probably had the most success with news on BET.

On “Ed Gordon,” he has interviewed R&B icon Maxwell, Mothers of the Movement, which consists of mothers who lost their children to senseless violence and featured a segment on the Nat Turner biopic “The Birth of Nation” and its controversial star and director, Nate Parker.

However, Black News Channel seeks to end that trend and find some longevity in the television news industry.

Black News Channel conducted months of research to find out what the African-American audience wants to see for a news show.

“It was important for BNC to verify its audience assumptions and to know with certainty the types of news stories and coverage African-Americans want to see reflect their community and experiences,” said Kevin Goetz, CEO/Founder of Screen Engine/ASI. “The research has been clear; African-Americans have a strong desire to see a wider range of representation, especially when it comes to news that depicts more inspirational and uplifting figures.”