What You Know About The Dirty South? 10 Best Southern Rap Groups of All Time 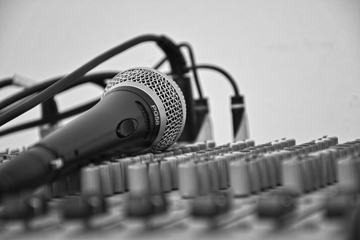 With just a microphone and sick beats, some rappers from the South have created some of the most influential hip-hop music of all time.

The South Got Something to Say

At the 1995 Source Awards when the East Coast vs. West Coast rap beef began to reach its apex, Andre 3000 of Outkast told the fans that the south got something to say.

Although the predominantly East Coast audience booed Three Stacks (aka Andre 3000) heavily for that statement, it proved prophetic.

The West Coast has had several runs of supremacy.

But arguably, no region has enjoyed continued success like the Dirty South.

From Houston’s own Geto Boys’ “Mind Playing Tricks on Me” to trap music from Atlanta, the Dirty South has produced classic rap songs seemingly non-stop since 1991.

Although urban music groups have somewhat gone by the wayside, the South has produced some of the most iconic groups in hip-hop history.

RegalMag.com looks back at the 10 best and must influential Dirty South rap groups of all time.

Arrested Development—In 1992, music fans across the spectrum from pop to hip-hop to R&B would find it difficult to avoid the sounds of Atlanta-based group Arrested Development. Spearheaded by front man Speech and featuring the soulful sounds of R&B singer Dionne Farris, Arrested Development had hit after hit with songs like “Tennessee,” “People Everyday” and “Mr. Wendal.” While many groups of the day had gone the gangsta rap route, Arrested Development stuck with spiritual, political, social and racial advancement through song, dance and visual presentation.

Boyz N Da Hood—When “Dem Boyz” dropped in 2005, it looked like Atlanta had a new super group with Boyz N Da Hood. The group, backed by Sean “Puffy” Combs’ imprint Bad Boy Entertainment, featured rising rap stars in Young Jeezy, Jody Breeze, Big Gee and Duke and looked well on their way to legendary status for years to come. The video for “Dem Boyz” even featured the cast of the classic TV series, “The Wire.” However, the star of the group Young Jeezy always wanted to be a solo star and left after the first album. His replacement Gorilla Zoe brought some heat too, but the group only released two albums during their brief tenure together.

Three 6 Mafia—It might be hard out here for a pimp, but it’s not that hard out here for the Three 6 “Academy Award-Winning” Mafia. The iconic Memphis, Tenn. rap group will probably always get the most recognition for winning the Oscar for their song from “Hustle and Flow.” However, the production and guest appearance credits have made DJ Paul and Juicy J filthy rotten rich. The group has songs like “Sippin on Syrup” and “Stay Fly” on their group resume, but the two main members crossed over in a big way. DJ Paul has produced for Drake and Jay-Z, and Juicy J has appeared on songs with pop artists like Katy Perry and R. Kelly.

Goodie Mob—While their Dungeon Family brethren Outkast had the crossover appeal, Goodie Mob was their political and socially conscious alter ego. Although Cee-Lo crossed over as a solo artist, Goodie Mob was straight, raw, uncut, unapologetic Dirty South hip-hop. What separated the Dungeon Family artists apart from the competition could be summed up in two words, Organized Noize. The production trio behind Goodie Mob classics like “Cell Therapy,” “Black Ice” and “They Don’t Dance No Mo” made Goodie Mob more than just emcees. They were real musicians with a country twang and a message that needed to be heard.

Hot Boys—Cash Money Records ruled the ’99 and the 2000 and that was thanks to the individual members of the New Orleans super group Hot Boys, which consisted of Lil Wayne, Juvenile, B.G. and Turk. The group would have been even bigger if Birdman would have put some respect on their bank accounts and paid them what they deserved. The group, technically, only had one nationally promoted album as an official ensemble (“Guerrilla Warfare”). But the songs they released as a collective and on solo projects like “I Need a Hot Girl,” “We on Fire,” “Back That Thang Up” and “Bling Bling” will always be regarded as some of the biggest anthems in hip-hop history.

Eightball and M.J.G.—Although Eightball and M.J.G. had to migrate to Houston to blow up on Tony Draper’s Suave House Records, the duo made it known that they repped Memphis, Tenn. and the Orange Mound neighborhood to be exact. For many teenagers growing up in the 1990s, the “Comin’ Out Hard” album became one of the soundtracks of their lives. People still quote the song “Mr. Big” to this day. The hits just kept on coming from “Armed Robbery” to songs like “Space Age Pimpin’,” “Lay it Down” and “Don’t Flex.” Like the Geto Boys before them and UGK after them, the duo also proved that each one could stand on their own as solo artists. “Lost” by Eightball is still one of the most underrated rap albums in history.

Migos—Actor/singer Donald Glover (aka Childish Gambino) once boasted that Migos was this generation’s Beatles. While Fab Four fans might take issue with that statement, very few can take issue with listing the Atlanta trio as one of the greatest and most influential rap groups of all time. While the origins of mumble rap might be debated, it cannot be debated that Migos have taken mumble rap to the next level. With hits like “Bad and Boujee,” “Stir Fry” and “Walk it Talk it,” Migos are beginning to rack up hits like the lads from Liverpool, England in the 1960s.

UGK—Them Gulf Way Boulevard veterans epitomized what it meant to be Texas proud. While Geto Boys had a more universal sound, the boys from Port Arthur, Texas were Lone Star State through and through. While they never received the mainstream attention they deserved until “Big Pimpin’” and “International Players Anthem,” Bun B and the late Pimp C never seemed concerned about crossing over into the pop charts. They just made Dirty South classics that many hip-hop fans love to this day. Bun’s verse on “Murder” is still one of the hardest verses ever. And Pimp’s outspokenness and country swagger epitomized country rap tunes. Every UGK release became a classic in the hood. And very rarely, if ever, could anyone say that Bun or Pimp dropped a weak verse. After the death of Pimp, Bun has carried the UGK banner as a bona fide solo star.

Geto Boys—Rap-a-Lot Records founder J. Prince had a distinct vision when he created the Geto Boys. Prince’s upbringing in Houston’s Fifth Ward was no different than the upbringing of many poor minorities coming up in America during the 1960s to the 1980s. Therefore, Prince wanted the rap group Geto Boys to speak for all of the ghetto boys and girls across the globe. When he found his golden lineup of Scarface, Willie D and Bushwick Bill, he had the right formula to speak out against racism, classism and other forms of discrimination that the have nots had to deal with in America. Songs like their breakout hit “Mind Playing Tricks on Me,” “Six Feet Deep” and “Crooked Officer” remain as relevant today as they were in the early 1990s.

Outkast—Dungeon Family alumni and Atlanta-based rap icons Outkast have to be at the top of anyone’s list of best Dirty South rap groups of all time. After all, their double album “Speakerboxx/The Love Below” went diamond, which represents 10 million sales in America. What separated Outkast from other rap groups is that the group kept reinventing themselves. The music coming from members Big Boi and Andre 3000 sounds different on each album. They kept pushing the boundaries with their music, fashion and concepts. Their greatest album artistically might be “Aquemini” with classics like “Rosa Parks,” “Da Art of Storytellin’” and “Skew it on the Bar-B.” Nevertheless, every album was a masterpiece, with the exception of “Idlewild.” The only thing missing from their illustrious career is a major reunion album.