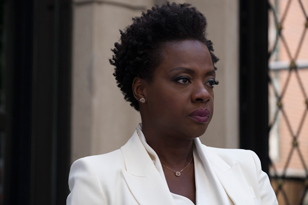 From Nov. 8-12, the 2018 Houston Cinema Arts Festival (HCAF) will make the “Bayou City” look like Cannes, Sundance and Toronto as some of the most critically acclaimed films hit the big screen throughout the city.

HCAF will celebrate its 10th anniversary with screenings and events taking place at venues such as Museum of Fine Arts Houston, Rice Cinema, White Oak Music Hall, Café Brasil and other venues throughout the Greater Houston area.

The highly anticipated thriller “Widows” will premiere at HCAF.

The suspenseful “Widows” depicts four women in modern day Chicago who all deal with the debt left behind by their deceased husbands.

Not knowing how to come up with the money to pay off the debt, the four women take matters into their own hands/trigger fingers.

The film “Widows” will screen at 7 P.M. on Nov. 9 at Museum of Fine Arts Houston.

In “Green Book,” an Italian-American bouncer (Viggio Mortenson) takes a job as the driver for an African-American classical pianist (Mahershala Ali, “Moonlight”).

The drama behind “Green Book” does not rest with the jobs of the two men.

The drama stems from the date and the region of the job.

The White driver has to chauffer the African-American pianist on his tour, which takes him from Manhattan, N.Y. to the Deep South during the turbulent and tumultuous 1960s.

The actual green book consists of establishments, areas and businesses friendly to Black patrons and people.

During the trip, the tandem face racism, danger and unexpectedly great humor and humanity.

“Green Book” premiered for the world at the Toronto International Film Festival.

The highly anticipated movie is directed by filmmaker, Peter Farrelly (“Dumb and Dumber”).

Consistent with the #MeToo movement sweeping Hollywood, corporate America and politics, HCAF will screen the film “This Changes Everything” on Nov. 10 at 6 P.M.

“This Changes Everything” explores the systemic sexism that exists in the entertainment industry through the voices and stories of such talented entertainers as Geena Davis, Meryl Streep, Sandra Oh, Jessica Chastain, Natalie Portman and many others.

On Nov. 10 at 3:15 P.M. at the Rice Media Center, HCAF will screen the documentary “Owned: A Tale of Two Americas,” which depicts the racism and segregation within the United States housing economy.

“Owned: A Tale of Two Americas” is directed by Giorgio Angelini, a student in the Masters of Architecture program at Rice University during the 2008 real estate collapse.

It was during the time in 2008 when Angelini began laying the foundation for his documentary, “Owned: A Tale of Two Americas.”

On Nov. 8, HCAF will screen the documentary, “Citizen Blue,” which tells the story of James Blue, regarded as one of the most influential voices in social activism filmmaking.

Two of Blue’s respected films include, “A Few Notes on Our Food Program” (1968) and “The March” (1964), which chronicled the March on Washington and Martin Luther King, Jr.’s iconic “I Have a Dream” speech.

“Citizen Blue” will screen at Rice Media Center at 8:00 P.M.

In 2017, rapper Bun B from the legendary group UGK participated in the musical tribute “Singin’ in the Rain” about Houston’s resilience following the destruction and devastation of Hurricane Harvey.

For the 10th anniversary of HCAF, the festival will present “A Dazed and Confused Cinema Arts Celebration: The Music of Richard Linklater.”

A Houston native, Linklater is the director behind the cult stoner classic, “Dazed and Confused.”

Rapper Bun B returns, this time to interview Academy Award nominated filmmaker Richard Linklater about the soundtrack selections in two of his films, “Dazed and Confused” (on its 25th anniversary) and its sequel, “Everybody Wants Some!!”

Linklater is a member of the Houston Cinema Arts Festival’s board.

The filmmaker was also the original HCAF opening night guest back in 2009.

The rapper born Bernard Freeman is also a longtime member of the HCAF board.

Following Bun B and Linklater’s discussion, Houston-based musicians Handsomebeast will perform renditions of songs from “Dazed and Confused” and “Everybody Wants Some!!”

Bun B will follow Handsomebeast with a rendition of the first hit rap song, “Rapper’s Delight” by The Sugarhill Gang,” which appears in the movie, “Everybody Wants Some!!”

The rapper originally from Port Arthur, Texas (and the unofficial mayor of Houston) will then perform tracks from his newest album, “Return of the Trill.”

The evening of performances will conclude with dance music songs by DJ Ramalama (Matt Johns).

Created in 2008 with the support of former Houston Mayor Bill White and philanthropist Franci Neely, it organizes and hosts the annual Houston Cinema Arts Festival, a groundbreaking and innovative festival featuring films and new media by and about artists in the visual, performing and literary arts.

The Festival celebrates the diversity of the arts in Houston and elevates the city’s film and arts scene.

*All times listed in the article above reflect Central Standard Time.