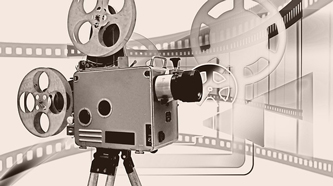 “Rush Hour” fans can breathe a sigh of relief.

However, “Friday” fans will still have to hold their breath for a little while longer.

Comedic legend and movie star Chris Tucker recently confirmed that he would appear with Jackie Chan in “Rush Hour 4,” which will begin production sometime in 2018.

However, he remained silent on whether or not he will appear in “Last Friday,” the planned fourth installment of the “Friday” franchise, which catapulted Tucker into stardom in 1995.

“This is gonna be the rush of all rushes,” Tucker added. “Jackie (Chan) is ready and we want to do this so that people don’t ever forget it.”

The original “Rush Hour” came out in 1998 and grossed over $141 million domestically on a $33 million budget, according to imdb.com.

The sequel “Rush Hour 2,” which came out in 2001 and also starred Don Cheadle and Roselyn Sanchez, grossed over $347 million worldwide on a $9o million budget.

“Rush Hour 2” earned over $226 million at the box office in the United States.

The third “Rush Hour” did not garner the critical acclaim from fans like its two predecessors and did not make the profit either.

On a $140 million dollar budget, the film grossed $140 million at American box offices, while taking in $258 million worldwide, according to imdb.com.

A release date for “Rush Hour 4” does not exist at press time.

As for “Last Friday,” rapper/actor Ice Cube confirmed that he is working on the fourth and final installment of the “Friday” franchise during an appearance on “The Late Late Show with James Corden” in May 2017.

However, Tucker has remained noncommittal on reprising his role as Smokey in “Last Friday,” calling it a moment time that he is unsure about reliving.

Maybe, “Friday” fans can one day breathe a sigh of relief like “Rush Hour” fans if Tucker remains in a sequel kind of mood.