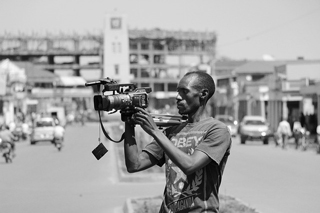 Black journalists from throughout the media industry will gather for the NABJ convention in New Orleans from Aug. 9-13.

Events like the Essence Festival can brag about being a gathering place for Black Hollywood elite.

However, the National Association of Black Journalists (NABJ) convention can boast about being an annual gathering place for the Black elite in the field of media and journalism as well.

Furthermore, the NABJ convention allows journalism students and aspiring journalists the opportunity to learn from the veterans of the game.

All of that media talent will gather from Aug.9-13 in New Orleans for the NABJ convention.

NABJ expects over 3,000 journalists to attend the convention at the New Orleans Riverside Hilton Hotel, with many recruiters also on hand to land new media talent.

Some of the companies that are scheduled to participate in the career fair are ESPN, NBCUniversal, NFL Network, Raycom Media, Turner Sports, CBS News, Bloomberg and The New York Times to name a few.

According to NABJ.org, “Gus Johnson of Fox Sports will moderate an NABJ Sports Task Force panel, ‘A Conversation on the Intersection of Sports, Social Justice, and Activism,’ that will feature Barkley and Carter, along with Kevin Merida, Editor-in-Chief of The Undefeated and Nzinga Shaw, chief diversity and inclusion officer for the NBA’s Atlanta Hawks.  The panel, on Aug. 10, will discuss the role—if any—of professional athletes as it relates to social unrest in the country and how journalists can report about race and sports in ways that move the needle.”

Topics for the sessions run the gamut of fake news, dealing with online threats, transferring journalism skills into a career in public relations and protecting your brand.

The NABJ convention will also include a Salute to Excellence Awards ceremony.

For more information on the National Association of Black Journalists, visit nabj.org.