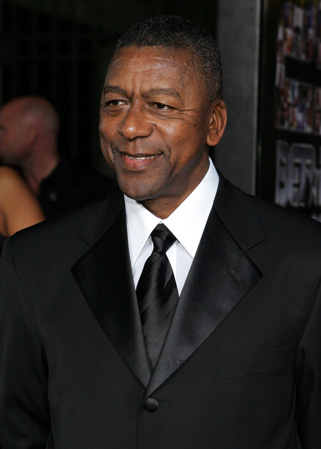 Bob Johnson, founder of BET and a member of Kappa Alpha Psi, arrives for the “25 Strong: BET Silver Anniversary Special” taping on Oct. 26, 2005 at the Shrine Auditorium in Los Angeles (AP Photo/Danny Moloshok).

Black Greek fraternities boast some of the most iconic members in the history of this country.

From civil rights activists to iconic sports figures, for a century if somebody was somebody in Black America, they were probably a member of one of the five social Black fraternities, which include Alpha Phi Alpha, Kappa Alpha Psi, Omega Psi Phi, Phi Beta Sigma and Iota Phi Theta.

In a five part series, RegalMag.com celebrates the most famous fraternity members in the media and the arts.

We start with those nasty Nupes of Kappa Alpha Psi Fraternity, Inc.

Click the links to learn more about each fraternity member.

Lecrae—Emcee Lecrae has almost single-handedly brought Christian rap into the mainstream.  According to WatchtheYard.com, he has already claimed one Grammy, four Dove Awards, one Stellar Award, and a Soul Train Music Award.  He also claims Kappa Alpha Psi Fraternity, joining the Nupes through the Eta Gamma Chapter at Middle Tennessee State University.

Joe Clair—If you were an old school fan of BET’s “Rap City” you know who Joe Clair is.  You should also know that the comedian is a member of Kappa Alpha Psi Fraternity.  The host of the “Joe Clair Morning Show” was initiated into the Alpha Iota Chapter at Morgan State University.

Thomas “Nephew Tommy” Miles—The co-host of the “Steve Harvey Morning Show” is not only a trendsetter when it comes to his hilarious prank calls.  He was also a trendsetter on the campus of Texas A&M University.  “Nephew Tommy” was a charter member of the Nu Alpha Chapter of Kappa Alpha Psi after being initiated through the Beta Upsilon Chapter (Texas Southern University).

Marc Lamont Hill—Scholar, political activist and media personality Marc Lamont Hill is known not only for speaking up for Black America.  He also lets it known how dear Kappa Alpha Psi Fraternity is to him via social media on a regular basis.  He was an initiate of the Abington-Ambler (Penn.) Alumni Chapter.

Cedric the Entertainer—This original king of comedy is not only one of the most successful comedians in the game, but he also represents Kappa Alpha Psi Fraternity whenever he has the opportunity.  The Beta Nu Chapter initiate is currently achieving at the box office with his latest film “Barbershop: The Next Cut.”

John Singleton—Filmmaker John Singleton epitomizes achievement in every field of human endeavor.  A year after joining the Beta Omega Chapter (University of Southern California) of Kappa Alpha Psi Fraternity, he released his debut film “Boyz N The Hood.”  He received an Oscar nomination for his debut and has gone on to find success with films like “Rosewood” and “2 Fast 2 Furious.”

Chris Broussard—Chris Broussard is not only an institution at ESPN.  He is not only a devout Christian.  But he is also a proud member of Kappa Alpha Psi Fraternity.  The Iota Nu Chapter (Oberlin College) initiate has also worked at the Cleveland Plain-Dealer, Akron Beacon Journal, The New York Times and ESPN The Magazine.

Tavis Smiley—Journalist, author and radio talk show host Tavis Smiley joined the fraternity at its birthplace, Indiana University.  He began his career on the “Tom Joyner Morning Show” and BET.  He now hosts his own shows on public radio and public television.

Kedar Massenburg—This Kappa might actually be the godfather of neo-soul music because he contributed to the early success of R&B singers like Erykah Badu and D’Angelo.  He started Kedar Entertainment and was named president of Motown Records and senior vice president of parent company Universal Records in 1999.

Bob Johnson—The first member of the Black billionaire club is also a member of Kappa Alpha Psi Fraternity.  Bob Johnson co-founded Black Entertainment Television (BET) in 1979 with his ex-wife Sheila Johnson.  He sold BET to Viacom in 2001, later becoming the first African-American to be the majority owner of a major professional sports team, the Charlotte Bobcats (now the Charlotte Hornets).