2016 Has Been Year of Loss for Black Hollywood 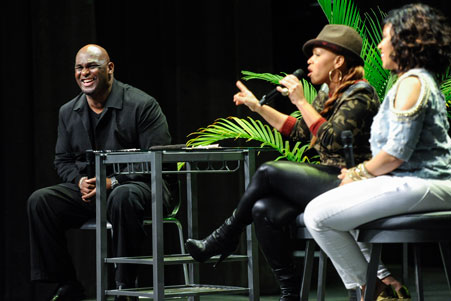 Actor Tommy Ford of “Martin” fame (left) passed away Wednesday at the age of 52.  Here he appears with gospel group Mary Mary in Atlanta (Photo Credit: John Amis/Invision for We tv/AP Images).

The year 2016 has been the worst when it comes to losing celebrities and public figures.

Some of the most iconic entertainers and public figures transitioned in 2016 and their shoes will be hard to fill.

On Wednesday, actor Tommy Ford of “Martin” fame passed away from an aneurysm in his abdomen.

However, fans will never forget their legacies.

Therefore, RegalMag.com would like to give some of our favorites from Hollywood one last shout out until we see them again.

Maurice White—founder and lead singer of Earth, Wind and Fire

Billy Paul—singer, the voice behind the iconic song, “Me and Mrs. Jones”