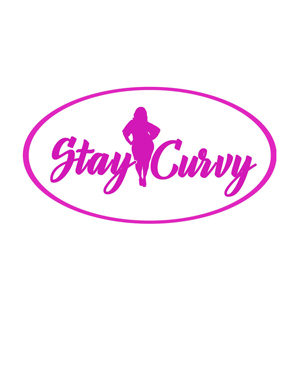 Embracing Yourself Where You Are

Recognizing one’s own beauty is sometimes more beautiful than the actual physical beauty itself.

However, because of mainstream media and other factors, many women in America only see beauty as being defined as something that they are not.  This could include long blonde hair, a lighter skin tone or a size zero outfit.

Nevertheless, through her own self-confidence and relationship with Jesus Christ, Sonya Diamond, 45, has learned to accept her beauty as it is, not as society thinks it should be.

“Typically, women say, ‘I’ll like myself when I lose that 20 pounds.  I’ll feel better when I have a man on my arm,’” said Diamond.


But through her new, up-and-coming organization Stay Curvy, she hopes to encourage women to make a shift in their mind so that they will not see their imperfections when they look in the mirror.

They will see their positive attributes like their intelligence, health and their inner and outer beauty.

And although Stay Curvy is an organization that focuses on women embracing their beauty, men can definitely be a positive influence in changing the perception of what beauty is.

“God created us in a way that we need exhortation from others,” she said.

What many women may not know is that all men have a different definition of what beautiful is.  For Black men, it is not necessarily the image that is projected by mainstream media.

Diamond encourages men to vocalize what they find beautiful in a woman.

Most importantly, they should begin teaching their daughters how beautiful, smart and talented they are from a very early age.

Then that father can program her mindset from an early age and not let society program it for her.

“That father simply needs to wake that daughter up like this: ‘Good morning, beautiful,’” said Diamond.

Furthermore, how a man treats his wife or the mother of his children has a profound impact on how his daughters will view themselves, other girls and men as a whole.

Diamond’s daughter got physically bullied in school.   When she met with school officials, Diamond found out that the bully’s father had beaten her mother and she believed that that was the proper way to show aggression.

The young female bully saw physical violence at home and believed that was the norm.

Likewise, young girls see the media’s depiction of beauty and Black girls often do not see themselves depicted, which might cause them not to appreciate their own beauty.

“We’d literally have to start over or God’s Hand would have to be in it [to change society’s definition of beauty] because they believe what they see in magazines,” said Diamond.

And what society sees, until recently, has rarely been dark skin, voluptuous curves and natural hair.

Like many dark-skinned sisters, Diamond has on many occasions been told how beautiful she is for a dark-skinned woman instead of just being called beautiful.

This strength that Diamond currently has was not always there.

At 20-years-old she could find something about herself that she hated.

At 30-years-old she could find something about herself that she hated.

And at 40-years-old she could find something about herself that she hated.

But now she knows her beauty.

She now knows her value.

And she now knows her purpose.

And her purpose is a ministry called Stay Curvy, which encourages all women to embrace themselves wherever they are physically.

Click here to learn more about the Stay Curvy movement.