Remembering the Best of 2014 in Black Community 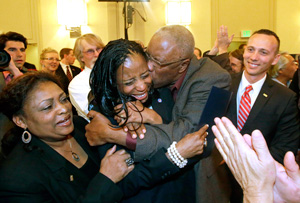 The Year that Was

The year 2014 might have seemed volatile at times for the Black community.

And in the political spectrum, President Barack Obama seemed to face unrelenting criticism regardless of what he accomplished.

Nevertheless, many positive and groundbreaking stories came from the Black community last year.

The year symbolized the phrase, “It was the best of times and the worst times.”

Regardless, RegalMag.com chooses to recognize the best of times during 2014 with a retrospective of 10 great things that occurred last year.