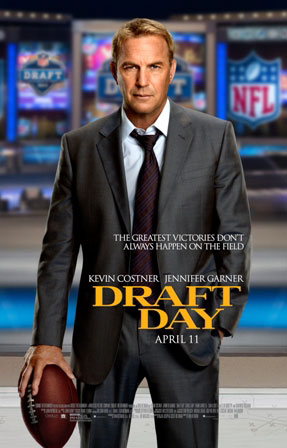 Are you going through football withdrawal?

Sure, the Final Four is iconic and baseball-opening day is cool, but football is an obsession in this country and especially in Texas.

Because Regal Magazine is always thinking about its readers, we have something to get you through your football withdrawal.

The magazine is offering free passes to the screening of the film “Draft Day” starring Kevin Costner, Jennifer Garner and Chadwick Boseman (“42”) in Houston on April 8 at 7:30 PM at Edwards Greenway Grand Palace.

“Draft Day” is an accurate portrayal of what goes on in war rooms across the NFL as teams prepare for the annual draft.  If you like films like “Moneyball,” you will love “Draft Day.”

The film also stars current NFL stars like Arian Foster of the Houston Texans and icons of the game like Jim Brown of the Cleveland Browns.