The Place Beyond the Pines Beyond Good 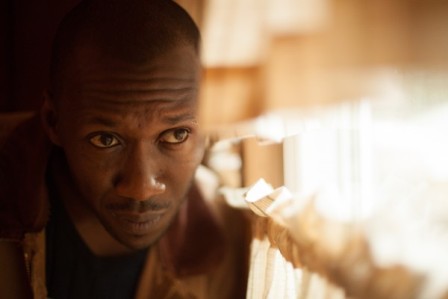 Mahershala Ali stars as Kofi in The Place Beyond the Pines (Photo courtesy of FocusFeatures.com).

In The Place Beyond the Pines, Luke (Ryan Gosling) is a traveling daredevil; one of the best motorcycle riders the circus has ever seen.  However, being employed by a traveling company does not allow him to lay down any roots or form any real relationships with people.

Although he is a man of few words, Luke is popular with the ladies, which includes Romina (Eva Mendes).  But only seeing him once a year, when the circus comes to town, does not make him boyfriend material in her eyes.  When she becomes pregnant with his son Jason, she doesn’t even inform him, but leaves the fatherly duties to the new man in her life Kofi (Mahershala Ali).

However, when Luke realizes that he has brought a new life in the world, he wants to be a permanent fixture in his son’s life, not just a transient, passing through once a year.

He sets up shop permanently in Schenectady, N.Y., finding a job as an automobile mechanic, but he still does not earn enough to take care of Jason and Romina, which leads to tension between him and Kofi.

When his boss, landlord and friend Robin (Ben Mendelsohn) suggests to Luke that bank robbing could provide the resources to take care of his new family, Luke hesitantly takes him up on the offer.

The money is fast and easy, but like many bank robbers Luke becomes greedy and begins putting his life in danger.

The Place Beyond the Pines succeeds tremendously in showing that everything is not what it seems.  The so-called criminals might not be as evil as they are portrayed by media members and law enforcement officials.

Furthermore, the so-called heroes are not always as righteous and valiant as law-enforcement officials and media members sometimes make them.

Often, those who commit crimes do it out of necessity.  And sometimes those who enforce the law bend the rules in their favor, which can become criminal as well as Avery (Bradley Cooper) soon finds out.

Gosling is superb in his role as the Metallica t-shirt wearing daredevil.  His demeanor is subdued, but powerful nonetheless.  While robbing numerous banks, the terror in his voice as he demands money, makes it obvious that he takes no pleasure in his new occupation.

Mendes is more emotional and very convincing as a struggling mother.  Like many women, she struggles to reconcile the passion she feels for Luke with the security she feels with Kofi.

However, The Place Beyond the Pines does have its awkward moments.  The period when Luke struggles to provide financially for his son is dull and his transition to bank robber seems forced and awkward.

Furthermore, the fact that The Place Beyond the Pines comes off as three different storylines makes it seem like the screenwriter was trying to force too much into the script.

Nevertheless, The Place Beyond the Pines is a very good film that deals with the complexities of good and evil and how it is difficult to distinguish between the two.  The film also does a good job of showing what happens to the children of “criminals,” whether their parent is incarcerated or killed while committing a crime.

Sometimes the “fatherless” children like Jason (Dane DeHaan) end up with more stability than the ones born with a silver spoon in their mouth like A.J. (Emory Cohen).  But often, that is just a reflection of the type of fathers they had in and out of their lives.