Won’t Back Down Won’t Disappoint 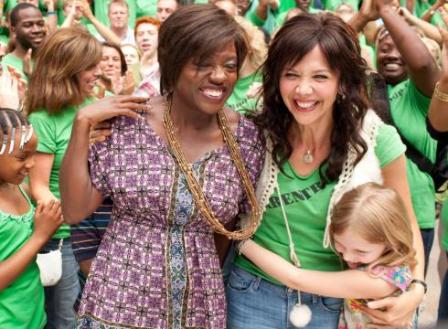 Won’t Be Disappointed in Won’t Back Down

Sometimes education is a thankless job, but for a true educator having one student say thank you is what one works for.

Won’t Back Down is the superb story of a determined mother, desperate to give her dyslexic child the education she did not receive growing up, in hopes of making her future brighter than her bleak present.

Many modern schools would applaud the parental dedication of Jamie (Maggie Gyllenhaal), but Adams Elementary in Pittsburgh is overrun by teachers more concerned with their cell phones than in the development of young minds.

Unfortunately, Won’t Back Down paints a disturbing, but truthful depiction of many modern public schools, run by unmotivated teachers and administrators more concerned with bureaucracy than boosting the learning experience of its students.

As a result of Jamie’s financial plight, her daughter Malia (Emily Alyn Lind) finds herself unable to attend the more prestigious private schools that she attended in the past.  The lottery system implemented by respected charter schools also makes it virtually impossible to go that route as well.

She is forced to attend a class in which a teacher does anything but teach, and the children make fun of her difficulty reading.

The few dedicated teachers in the building like Nona (Viola Davis) and Michael (Oscar Isaac) are severely outnumbered by tenured teachers who have so much job security that they can virtually not teach the curriculum, severely handicapping the students under their tutelage.

When a district employee informs Jamie of the Fail Safe Law, which allows parents and teachers to take over underperforming schools, she realizes that it is the only option for parents desiring a quality education for their children, but who are unable to afford private school tuition.

Unfortunately, those teachers capable and willing to do their job and stand up for the children also stand the chance of risking their own careers by speaking out against the system.

Luckily, Jamie finds an ally in Nona, who also desires a better education for her child, who is struggling to succeed in the public school system.

Won’t Back Down is inspirational in the same vein as Lean on Me and Stand and Deliver, showing that regardless of one’s socioeconomic background, all students can and will succeed in school if they have educators willing to push them towards their potential.

Davis will once again receive Academy Award consideration for her dual role as mother and educator, a balance that many female teachers have to reconcile on a constant basis, which is nurturing the children of others, but not neglecting to nurture their own children.

Won’t Back Down is excellent in its positive and powerful portrayal of strong Black male educators and fathers, but will undoubtedly face criticism for airing the dirty laundry of the United States public school system.

Many educators and administrators, unfortunately, are more interested in protecting their own future, than the future of the children.

Won’t Back Down shows it takes dedicated parents and teachers who refuse to back down from the powers that be, to change this unfortunate predicament.

Often, those who won’t back down put their entire future in danger in order to do what is right, but possibly hearing thank you years later from someone they reached makes the reward much greater than the risk.