Who is Next Black Hall of Fame Quarterback? 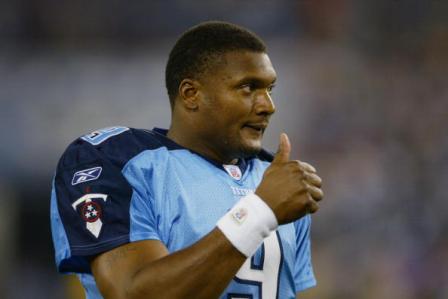 Is a Black QB Striving to Make the Pro Football Hall of Fame Shooting for the Moon?

There are 23 modern era quarterbacks (bulk of their career played after 1950) in the Pro Football Hall of Fame. Only one, Warren Moon, is Black.

When it comes to pro team sports, quarterbacks of color are still a rarity, especially in the Hall of Fame.  Every other position in football, plus the basketball and baseball Halls, is loaded with African American athletes. Why is the quarterback position so different?

The obvious answer is opportunity.

NFL quarterback is the most complicated and arguably the most important position in professional team sports.

Yes, pitchers dominate in baseball but even the best starter only plays one game in five.

And a goalie can win an NHL playoff series nearly on his own, but they don’t run the offense and they are rarely team leaders.

As Regal has covered in the past, due to prejudice and misguided thinking, Blacks are woefully under-represented at the quarterback position in the NFL.

Marlon Briscoe of the Broncos was the first starting quarterback in the modern era, and that occurred in 1968. The general practice of the era was to convert Black college quarterbacks to defensive back, running back, or wide receiver where they would not be forced to lead their teammates or think quite so much.

As Regal reviewed the list of quarterbacks enshrined in Canton, there seem to be two qualifiers to becoming a Hall of Fame Quarterback; multiple championships and statistical excellence.  Only Joe Namath and Bob Waterfield fail to fit that pattern and both can claim extenuating circumstances.

Namath was the catalyst of perhaps the most significant game in NFL history (Super Bowl III when he guaranteed victory for the AFL Jets over the heavily favored NFL Colts, which created league-wide parity in the minds of fans); and Waterfield was a glamorous Hollywood party boy for successful Los Angeles Rams teams as the league was establishing itself in the 1950s and eventually married buxom movie star Jane Mansfield.

Both Namath and Waterfield were good players, but not at the level of front line Hall of Fame quarterbacks like Joe Montana, Johnny Unitas, Dan Marino, or Troy Aikman. So which Black quarterbacks might be up to that level?

So far, there has not been a Black quarterback who has won multiple Super Bowls.  But there are four that we have identified with the statistical excellence to match well with legends like Sonny Jurgensen, Y.A. Tittle, Fran Tarkenton, and Dan Fouts who never won a championship.

Those four Black quarterbacks that Regal expects to see in Canton are:

And as a pick along the lines of Namath, we nominate Doug Williams who proved conclusively in Super Bowl XXII that a Black man can lead a team to the most prestigious team sports title on the planet.

It’s too early to tell with Cam Newton and Robert Griffin III, but it’s gratifying to note that Blacks are becoming equals behind center in the NFL.