What Black Film Remakes Would You Like to See with White Cast? 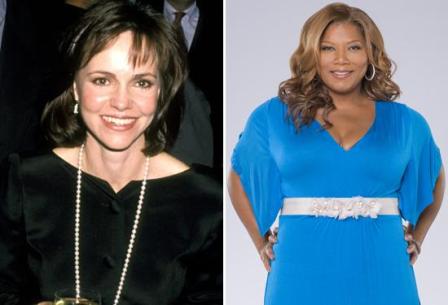 In October, Queen Latifah starred in an all Black version of Steel Magnolias (Photo by Getty Images/Kevin Lynch).

Black Film Remakes Starring All White Casts: Would You Support?

It’s a Hollywood trend we have all grown accustomed to and in some cases become fond of.

Diana Ross and Michael Jackson locked arm and arm as they kicked up their heels down the yellow brick road and into cinema history with a memorable film remake of The Wizard of Oz.

There have been several film remakes—featuring African American casts—that have since followed, all attempting to not only modernize a classic story but also give it a cultural twist.

And while this direction has manifested some box office hits (thumbs up, Guess Who), the misses are also recognizable (nice try, The Honeymooners).

But as often as the pendulum swings in that direction it has never come close to shifting towards a remake of an African American produced movie starring an all White cast, but movie fans have a few ideas if Hollywood is listening.

“Since they made a Black version of Steel Magnolias it’s only right that they make a White version of Set It Off,” Jack & Trill tweeted in response to the Steel Magnolias film remake starring Queen Latifah, Phylicia Rashad, Alfre Woodard and Jill Scott that aired on Lifetime in October.

As tempting as it would be to see Megan Fox and Lindsay Lohan as bad-a** bank robbers, Charis Shreill, fashion and makeup blogger, has a film remake of Waiting to Exhale that she would sacrifice her first born to see, especially if it’s starring Julia Roberts as Savannah (Whitney Houston’s role); Sharon Stone tackling the heartbroken Bernadine (originally played by Angela Bassett); Bridesmaids’ Melissa McCarthy as sweet single mom Gloria, which Loretta Devine first breathed life into, and finally, Cameron Diaz as the sassy man eater Robin, the character Lela Rochon portrayed.

Nefertiti Moore-Hennigan, of Catskill, N.Y., would like to see The Color Purple film remake starring Brad Pitt as Albert; Kathy Bates as Sofia; Katy Perry as Shug Avery; Susan Boyle would be Celie and Channing Tatum as Harpo.

However, Dallas native Shreill, creator of mizzscoop blog, says as curious as she is to see how an all White cast would remake an African American movie, there are limitations on which movies should be touched.

“If they tried to redo say, ‘Color Purple,’ I don’t think it could be reversed,” says Shreill. “I’m not saying Black actors are better [than White actors]… I think it would be a huge slander; it would be if it were reversed. I would have to see it but it wouldn’t be the same way, it wouldn’t touch me and I wouldn’t relate.”

Wendy Todd, an entertainment blogger, believes that affirmation stems from African American movies capturing aspects of a culture that can’t be transferable.

“[There are] cultural nuances with Black movies that won’t translate to a White cast. Clearly it won’t [because] a lot of our classic movies are about struggles, [like the movie] Cooley High, and it’s not going to have the same feeling if it’s done with a White cast,” Todd, creator of Cocoa Popps blog, shares.

Mark Anthony Neal, African American studies professor at Duke University, doesn’t think Lahr’s suggestion is so outlandish and could prove to be an education for some.

Neal says he would go see a film remake of a Black produced film with White actors, out of curiosity in how the director would translate the movie to fit not only a White market, but see if there are attempts at a multicultural cast. Neal thinks casting younger actors such as Mark Wahlberg and James Franco would make it a possibility.

David Friendly, executive producer for The Honeymooners and Big Momma’s House franchise, says a film remake of that type hasn’t been attempted because of the difficulty to take a broad view of the story.

“It’s a hard thing to generalize. I can’t think of a specific example, but when you think of a classic African American-oriented film there is a component about oppression or racial injustice,” Friendly explains. “What’s ironic is there aren’t many films that deal with African American life.”