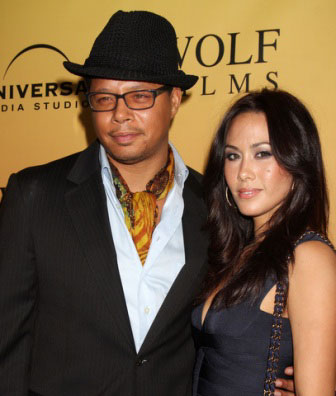 Terrence Howard’s divorce from ex-wife Michelle has exposed the reality of racism in relationships for interracial couples.

Men, women, everybody, lend me your ears; I’m writing you today to drop a bomb on you. I didn’t know the severity of this issue until I started to talk to a few “brothas” who let me in on something major; racism.

I know you are thinking racism has existed since the beginning of mankind, but you are thinking about the racism that happens at work, at the store, or just somewhere out in the world. The racism I’m talking about is happening in the most sacred place where you should find comfort and peace…your HOME.

Did you know some people are dealing with racism in relationships?

When movies depict racism, like in the movie Malcolm X, they show Malcolm X’s father in his yard talking to the Ku Klux Klan with a rifle. He was protecting his home because that’s where his family lived and where his wife loved and respected him.

Could you imagine if his wife had some of the same thoughts about Blacks as the KKK? Racism was always outside of the home, so how has it gotten passed the front door?

The first I heard of this was when Terrence Howard announced he and his wife Michelle were getting a divorce, and his reason was because she was a racist. Huh? What? Is what I was thinking. This just didn’t make any sense to me.

How can someone marry someone of another race and they have racist views of their race? Well according to Howard it happened.

During their nasty divorce battle, he told reporters during their marriage she called him a “monkey” and a “nigger.”

Michelle also told Howard, “[I] never wanted to marry a nigger in the first place” and “[I] definitely didn’t want to be the stepmother of some nigger kids.” Did I mention this was his wife? OK, just checking.

I was thinking racism in relationships? This probably just happened to him. Maybe he saw signs in the beginning and ignored them, and maybe because he was wealthy (regardless of his race) she just married him. Not the case.

I set out to ask some Black men who have dated outside their race, have they ever dealt with racism in relationships, and I was shocked by what I learned.

“Her family was not open to her dating Black men, which is something I could deal with,” states Bobby. “Her father was totally against it and because of her description of her family I was not in a rush to meet them.”

Fred adds, “I have dealt with racism in a relationship and especially with her family.  I was at dinner with her and her family and they spoke broken English. I couldn’t make out (a) majority of what they were saying, but the word ‘gorilla nigger’ came through very clearly. After dinner I asked her what did her mother and grandmother mean by ‘gorilla nigger’ and she said they were talking about a term from her country and had nothing to do with me. A week later we had an argument and she said my mother was right, I should have never dated a ‘gorilla nigger,’ and you all are trouble.”

Now I know when we get heated in an argument we say things. Does she get a pass? Does she really mean what she’s saying? Or is she really a racist?

“After the incident I forgave her and tried to move on, but even when we were not arguing she kept with the stereotypical name-calling. I had to let her go,” continues Fred.

I started to wonder how a situation like racism in relationships exists.  I didn’t understand how this was possible. She had to have given signs in the beginning, right?

Why would a woman who has so many negative viewpoints on Blacks, date Black men?

“She spoke highly of Black men as far as her attraction to them,” continues Bobby. “Not only does she date Black men, she exclusively dates Black men.  She was a Hispanic woman, but did not like Hispanic men for whatever reason, which angered her parents even more. She also dated White men in the past.

“However, her ex-husband, and father of her children was Hispanic.  She spoke highly of Black men as far as her attraction to them.  But attraction does not mean respect.”

How can racism in relationships ever successfully work? Their thoughts will always get in the way. Not only do they have negative thoughts of you, but of your entire family. How will she bond with that special woman in your life, your mother?

“She didn’t get along well with my mother because she hated Black women,” replies Fred.

Yes, I also found out they have specific viewpoints about Black women.

Bobby chimes in, “When I was in law school 10 years ago, I had a White girl try to holler at me by insulting Black women constantly.  I guess she thought insulting my people would make me want to be with a White girl more.  She would talk bad about Black women’s hair, attitude, etc.”

This is sad and bad all rolled up together.  After getting this information I saw another problem that could come out of these situations…kids. Fred told me that his ex girlfriend was pregnant right before they broke up, and they have joint custody. With their child being half Black, how will her family treat this child?

I have a biracial friend, Kedrick, whose mother is White and her family is racist. He tells me what it was like growing up with that family.

“My grandmother treated me differently than my cousins. Every time something came up missing she would always come to me first and asked if I stole it, or even ask me if I’ve gone into her wallet. After high school I moved to the east coast and I have never gone back, because it makes me sick to my stomach.”

Racism in relationships should not exist, because the minute you see signs let her go! Also, after you give her walking papers, put a sign on her back that says she is an undercover racist so other brothers will be forewarned!