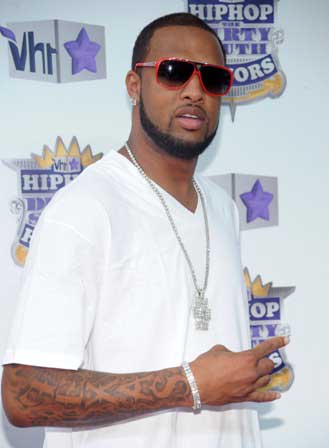 Recently, comments made by rapper Slim Thug—about Black women—sparked controversy throughout the hip-hop community. Fans, radio jockeys, and even a Columbia University professor took issue with comments posted on his blog and other internet websites.

Regardless of the rapper insisting his comments were taken out of context, it drove many people to examine relationships between African American men and women. Regal Magazine was inspired to explore whether double standards play a role in Black men finding themselves under attack when criticizing Black women, while Black women don’t seem to receive the same treatment when criticizing Black men.

“It’s hard to trust a Black woman [sometimes] because a lot of Black women’s mind frame is that the man gotta do everything for her,  he gotta pay for this, he gotta pay for that, and if it ain’t about money then a lot of them ain’t f***king with him. If that’s what you’re here for then I don’t want to be with you,” said Slim Thug in a blog posted on VIBE. “My girl is Black and White. I guess the half White in her is where she still cooks and do all the sh*t that I say, so we make it. She just takes care of me and I like that. She don’t be begging and I don’t gotta buy her all this crazy a** sh*t.” He also stated that Black women need to support Black men more and they “have to bow down” and “start working hard” and “start cooking.”

Already it appears that the problem with these comments as well as the assertion made by women who feel they should be paid for is that each side wants the other to conform to a “standard.”

This is just one example of standards in relationships that African American men and women don’t seem to agree upon. The claim that White women treat Black men better than Black women is yet another heated topic constantly debated among African American men and women.  And maybe that’s how double standards develop in the first place: it becomes acceptable for men to behave in certain ways that is not acceptable for women and vice versa, because no one wants to compromise.

What seems to be meant as constructive criticism between two sides can get real ugly.

For instance, Shahrazad Ali, author of The Blackwoman’s Guide to Understanding the Blackman, and recurring guest on the Phil Donahue show in the early 1990s, put African American men and women in a frenzy with her comments about the state of Black men.

She asserts in her book that Black men are perpetually crippled in their leadership inside and outside the home; the Black man is denied respect because he is “inconsistent, disunified, and unproductive.” She also maintains that Black men are an embarrassment to Black women and practically lie about everything.

Suggesting that a Black man should slap a Black woman in the mouth if she’s out of control incensed Black women. She was able to make a small fortune on book sales and talk shows agitating African American men and women with her fiery, in-your-face accusations. Readers of her book dissected her every claim, no matter how disturbingly harsh her words were.

After much scrutiny, Slim Thug qualified his statements about Black women being materialistic by pointing to his own personal experience. He attested that he was only commenting on the Black women he comes across, although his statements were highly generalized.

Undoubtedly, had a Black woman made similar statements about Black men, we would’ve heard what Black men thought about it, as was the case with Shahrazad Ali. And if Black women dated White men at the same rate Black men date White women, Black women might also form the opinion that they are treated better by “White” than “Black.”

Double standards seem to exist out of disproportionate instances of experience. By comparison, Black men are a lot more open to dating outside their race than Black women. But if the shoe were suddenly on the other foot, Black men who treasure being with Black women would feel sold out.

Bancroft is a contributing writer for Regal Black Men’s Magazine.