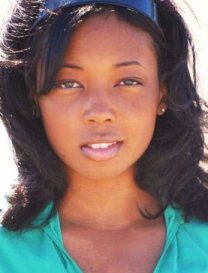 A Star is Born!

You know a star when you see them.  Raw talent mixed with dedication, perseverance and passion is what leads to stardom in the entertainment industry and ShaWanna Renee Rivon has all of those attributes and more.

Rivon, who received her theater training at Sam Houston State University and Eisenhower High School in Houston, began her career as an actress, but recently began moving behind the scenes as well, becoming one of the hottest up-and-coming Black playwrights on the urban theater market thanks to her mentor Je’Caryous Johnson.  Johnson is one of the best Black playwrights in the game and is the mastermind behind some of urban theater’s biggest box-office hits such as “Men, Money & Gold Diggers” and “Friends and Lovers.”

“I’ve learned the most from Je’Caryous.  I have learned 1000 things from him,” Rivon says laughing.  “OK, maybe I’m exaggerating a bit.   Je’Caryous is always in teacher mode and I’m like a sponge when he talks.”

Her talks with Johnson eventually led to her first script becoming the hit production “Cheaper to Keep Her,” loosely based on her own experiences and currently touring the country with stars such as Brian McKnight.

Rivon describes the creative process for Black playwrights as like having a blank canvas where you start from nothing and create a picture, while when acting, the artist has to bring a character to life even if they come from very different worlds.

“I take past experiences and people I have met in my life and I somehow put them all together in a story,” she explains.  “When acting, someone hands you a story and you have to find yourself in that world that may not be familiar to you.  As an actress you have the responsibility to bring color and life to that picture.”

And like many other Black playwrights, she is taking responsibility to bring more roles to Black actresses who sometimes struggle with lack of quality parts in the entertainment industry.

“I hope that I can give a voice to the everyday woman and tell our stories, and also create real comedy that deal with issues that we all go through,” said Rivon.

One such romantic comedy is her new hit, Je’Caryous Johnson’s “Marriage Material,” which stars Allen Payne, Jill Marie Jones and T-Boz among others.

In the hit stage play, three couples come together for a pre-marital retreat with a church bishop and what ensues is equally entertaining and edifying.  Rivon believes all couples should go through pre-marital counseling because when a couple is in love they only see what they want to see and are afraid to ask their mate tough questions, fearing what the answer may be.

And like many productions by Black playwrights, marriage is a central theme and one that deserves constant attention due to the poor state of marriage in modern times.  And as Rivon puts it, marriage will never go out of style, considering many women, including her and her friends, constantly discuss relationships and finding marriage material for themselves.

Not only does she seek a man with Christian values, she believes it is imperative to have Christian values present in entertainment.  Some have criticized Black playwrights for placing Christian values in films saying the plays will alienate non-Christians, but Rivon sees it much differently.

“I have not witnessed any backlash for talking about God in the shows.  It is who I am; I am a child of God.  I would be afraid of the backlash if I didn’t talk about my faith,” she explains laughing.

And as a child of God, she is always trying to help the next generation of entertainers trying to enter the business.  Her advice to up-and-coming thespians trying to come to Hollywood: “DON’T!!! If they still want to be in this industry after I said ‘don’t,’ then they have passed the first step,” she says with a smile on her face.  “Two pieces of advice I could give someone…is to always keep pursuing, because so many people will look at your work and tell you ‘no,’ or that ‘you are not talented,’ and you have to push even harder and not let that affect you.

And two, work harder than everybody else!  Talent can only get you so far, but hard work will get you much farther.”

To learn more about Rivon, visit her blog God of ShaWanna.